17 Historical Landmarks in Italy You Don’t Want to Miss

With its millennia of civilization, Italy has an incredible wealth of notable historic landmarks. From Greek and Roman Temples to Renaissance churches and from medieval castles to UNESCO classified villages, here are some of the country’s most valuable cultural sites from north to south and presenting some big names and a few lesser known gems. 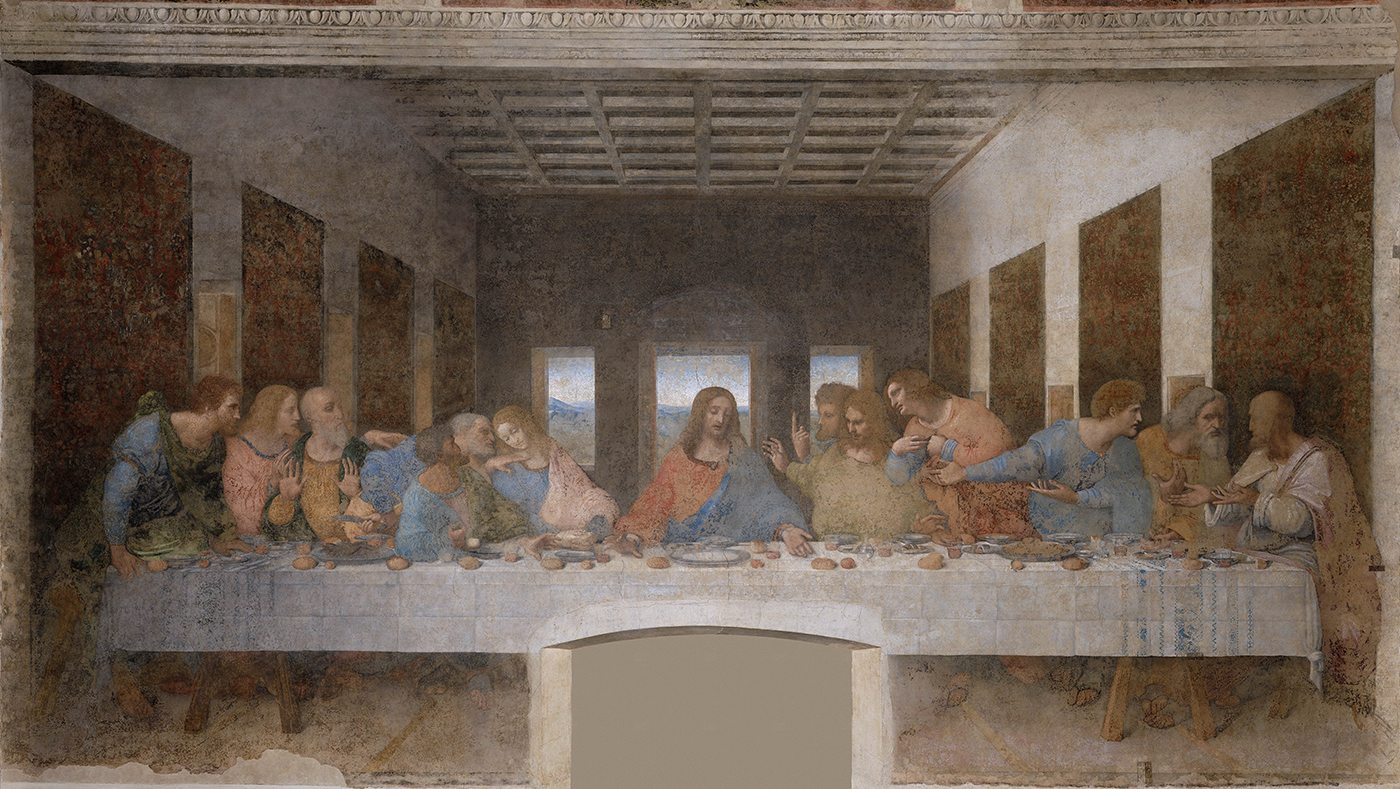 While this Renaissance church in honor of Holy Mary of Grace is beautiful, it’s certainly the mural that adorns the wall of its convent refectory that is the draw for most visitors. Arguably one of the most famous paintings in the world, Leonardo da Vinci’s “The Last Supper” was commissioned by the Duke of Milan, Ludovico il Moro. He worked on the large 15 x 29 foot mural in 1494-97, illustrating the Last Supper of Jesus and his disciples at the moment Jesus announced that one of them would betray him. The  It’s advisable to book tickets in advance which you can do here.

Where to stay in Milan. 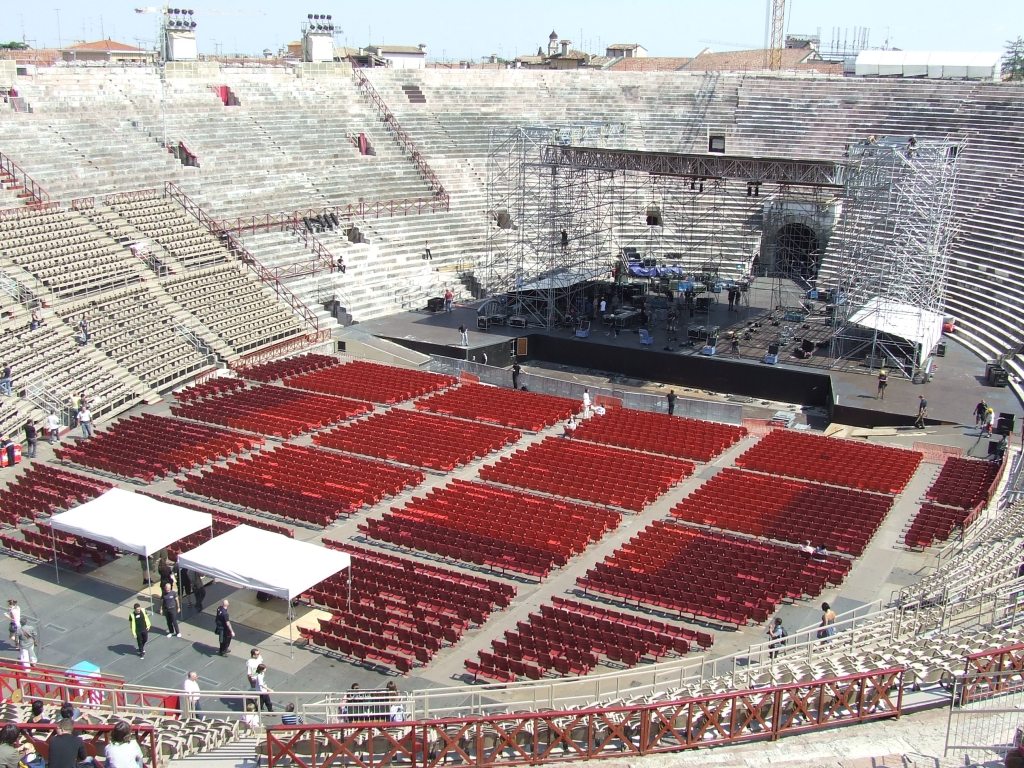 Inside the Verona Arena / Wikicommons

Most people automatic link the charming northern Italian city of Verona as the setting of  Shakespeare’s Romeo and Juliet, however, it is also home to one of the country’s most impressive Roman amphitheater. The vast, well-preserved 2000-year-ago arena could seat up to 30,000 spectators, though damage from an earthquake in 117 has limited this to 15,000. Today it is still used for concerts, notably an opera festival held each summer.

Where to stay in Verona. 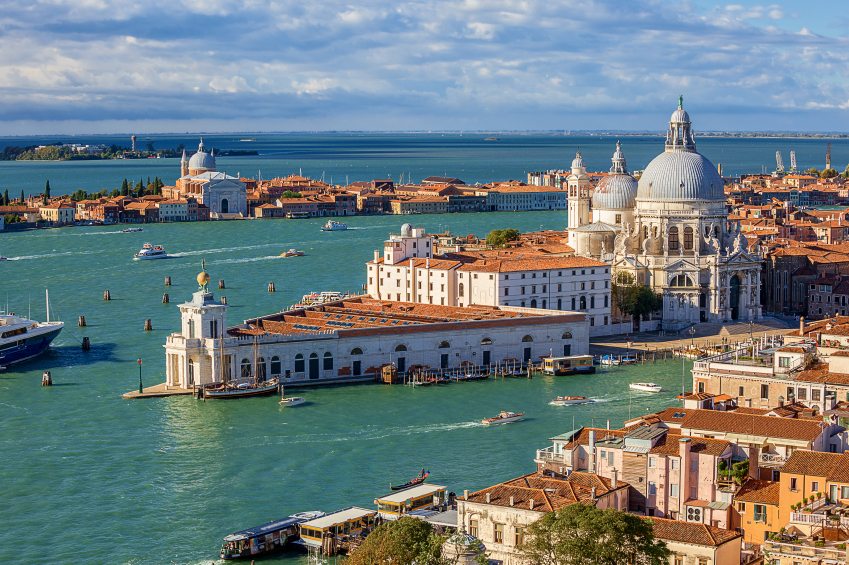 One of the most famous waterways in the whole world, the Grand Canal likely follows the course of an ancient river which flowed into the Venetian Lagoon. With the rise of the Republic of Venice through trade grand aristocratic homes replaced houses and warehouses on stilts which once stood on the edge of the canal. There are now more than 170 buildings flanking each side of the canal, mainly from the 13th to the 18th century. Spanning the canal are four bridges, the best known being the romantic Rialto Bridge.

Where to stay in Venice and the Venetian Lagoon. 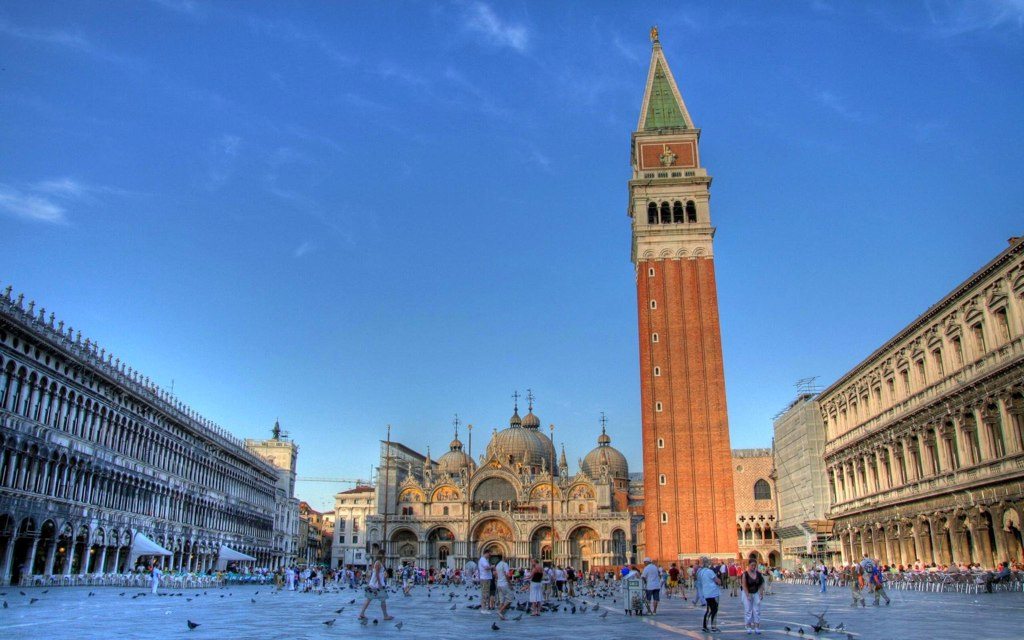 As much as its canals are emblematic of the Venice, it would be equally hard to imagine the city without its whimsical, gilded basilica. Originally built as the private chapel of the Doge, the rulers of the Republic of Venice whose palace is found next door, it has been the city’s cathedral only since 1807. Constructed from the early 1060s, the current basilica replaced a previous 9th century church. Its golden mosaics dazzle the eastern edge of the magical café-lined square of the same name.

Where to stay in Venice. 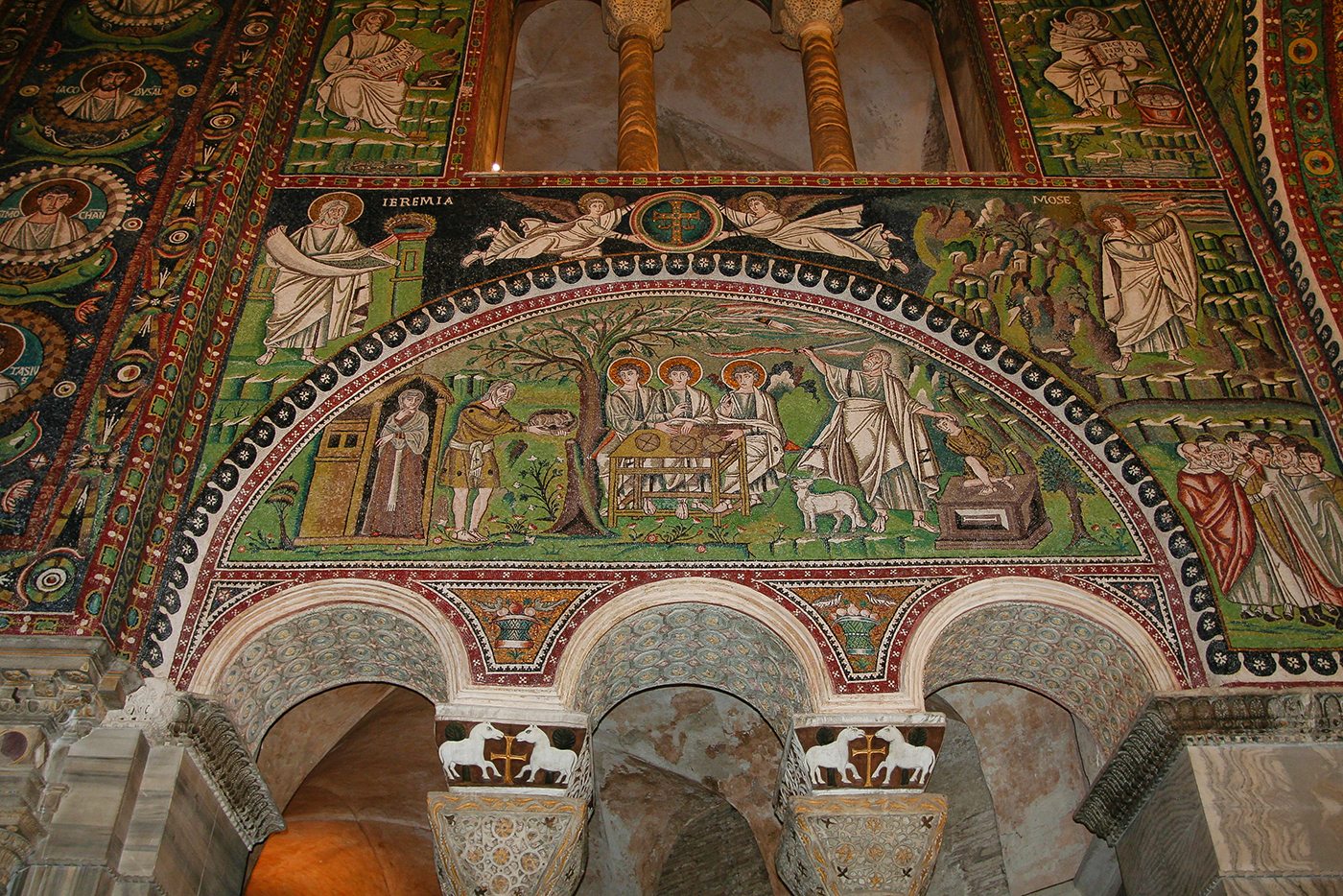 Often overshadowed by its crowded, canal interlaced neighbor to the north, for a time Ravenna was actually the capital of the Western Roman Empire. As such it was decorated with the spectacular churches, the most noteworthy being the Basilica of San Vitale. Built in the sixth century, the interior is virtually completely covered in mosaics illustrating various biblical stories. The octagonal basilica as well as eight other buildings in Ravenna, have been classified as UNESCO World Heritage.

Where to stay in Ravena.

A jewel of the Italian Riviera, the five towns of le Cinque Terre are among the prettiest coastal villages of Italy. Classified as a whole as UNESCO World Heritage, they can thus count as a landmark.  The colorful buildings of the towns making up the “Five Lands” cling impressively to coves along the Mediterranean starting from around 100 kms south of Genoa. Connected by hiking trails and a very crowded train line, the charm of the towns can best be appreciated by boat or slightly off season on the spring or fall.

Where to stay in Cinque Terre. 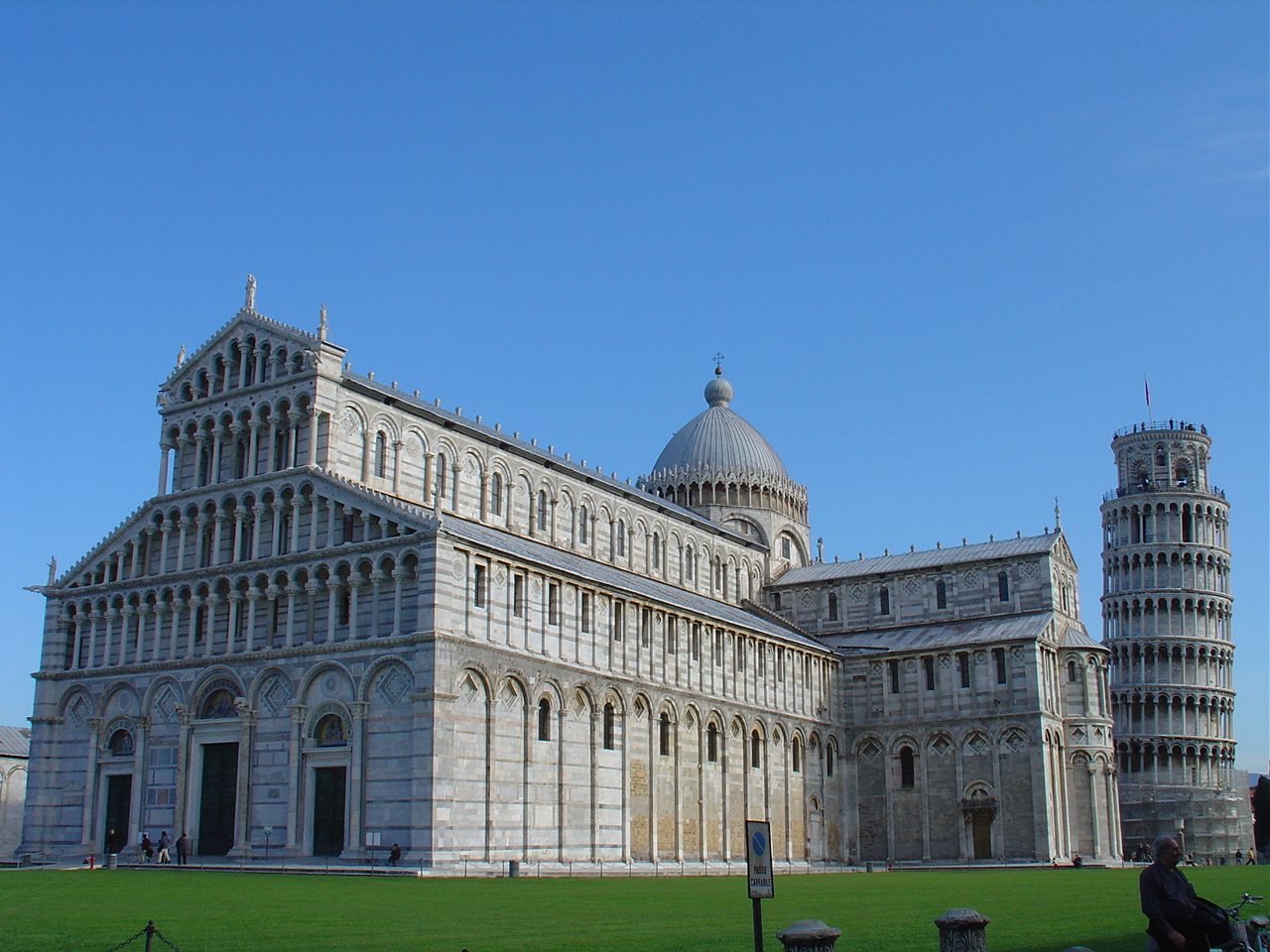 The Leaning Tower of Pisa

Certainly Italy’s best known tower, this medieval bell tower captivates the imagination. Found in the Field of Miracles next to Pisa’s cathedral, the tower started to lean a few years after they had started to build it in 1174 due to its sandy, feeble foundations. Construction was halted for a time and the tower was eventually finished in 1360. Made of white marble of nearby hills, the 186 foot tower has almost 300 steps. Contemporary restructuring works have ensured that the tower won’t topple over.

Where to stay in or near Pisa. 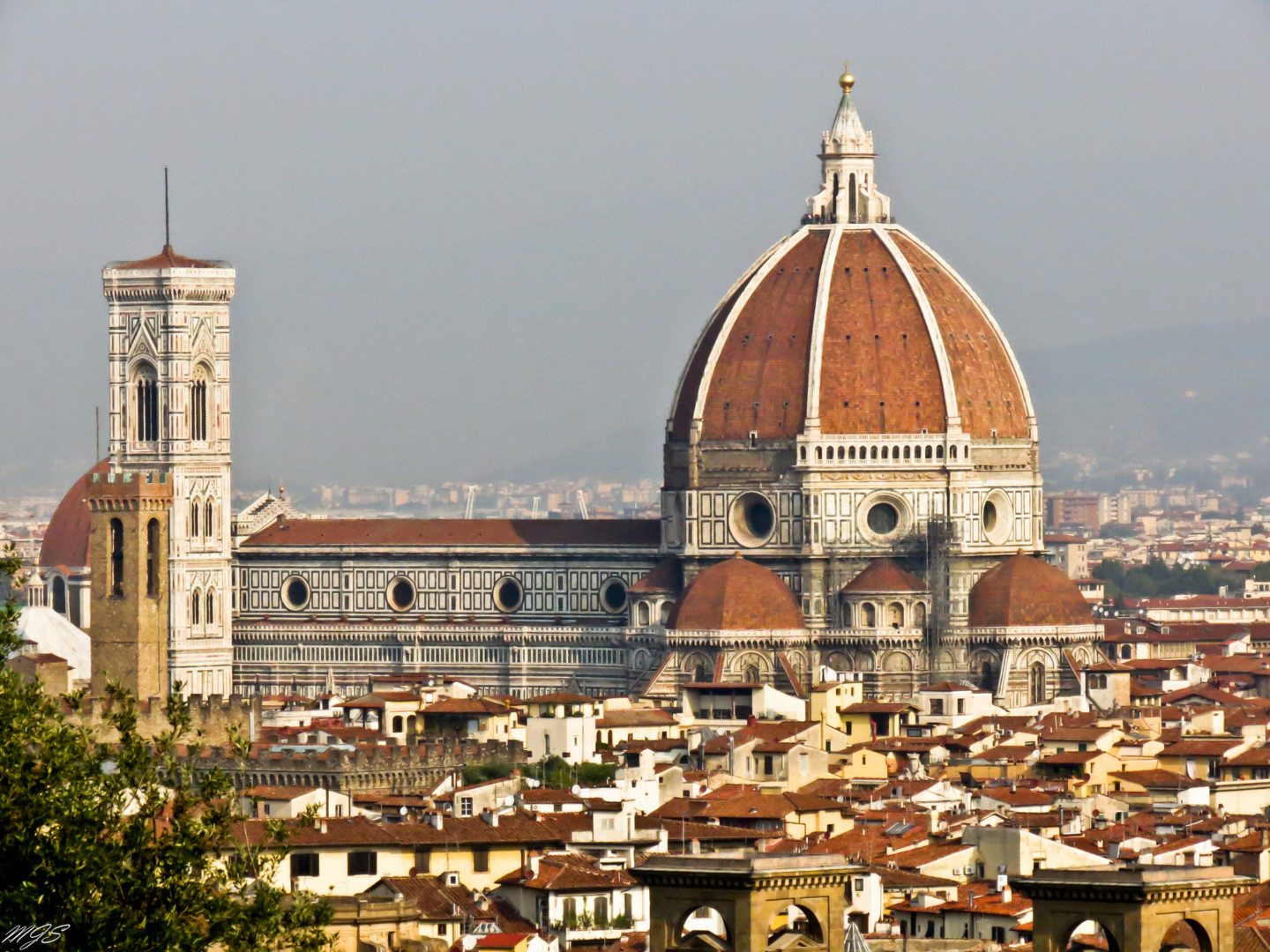 The most prominent structure of the elegant skyline of Florence, Santa Maria del Fiore is one of Italy’s most cherished churches. Heralded for its revival of the classical dome at the beginning of the Renaissance era, the church was consecrated in 1436. Inspired by the Pantheon in Rome, the dome was designed by Filippo Brunelleschi and at the time it was the largest in existence. It is usually visited in conjunction with the other monuments found in the square, the Baptistery and Giotto’s Campanile, all UNESCO World Heritage Sites along with the historic center of Florence.

Where to stay in or near Florence. 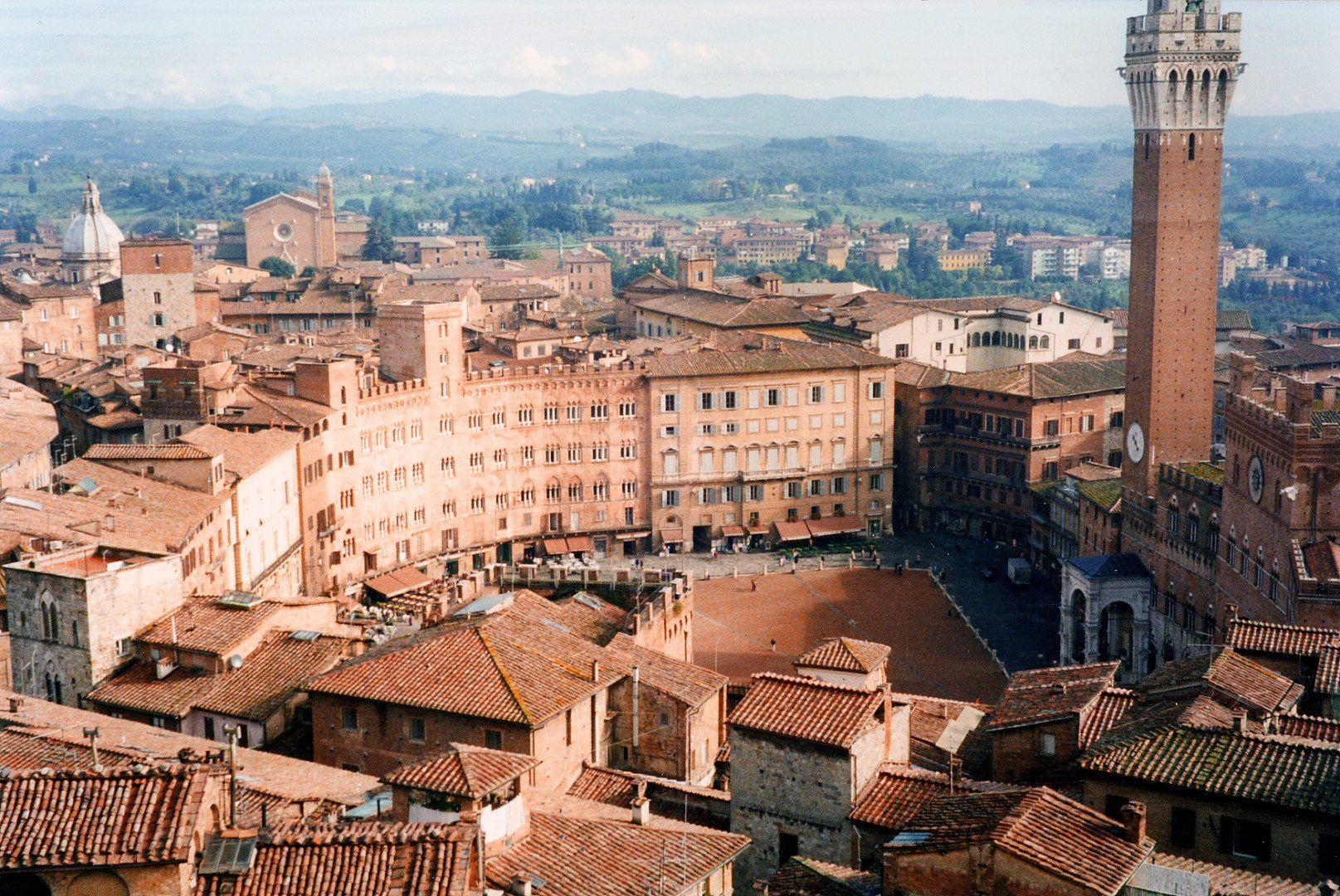 Yet another UNESCO World Heritage Site, this stunning medieval square was created at the intersection of the three main roads and was meant as a neutral place where political and civic holidays could be celebrated. Around the shell-shaped square are several important buildings including the  The Palazzo Pubblico and its famous tower, and the residential aristocratic “palazzi”. It’s the venue of Palio di Siena, an historic bi-annual horse-race disputed over by the 17 different districts of the city, which our villa experts at nearby Borgo Finocchieto highly recommend attending if you’re staying in Tuscany in the summer.

Where to Stay in or near Siena. 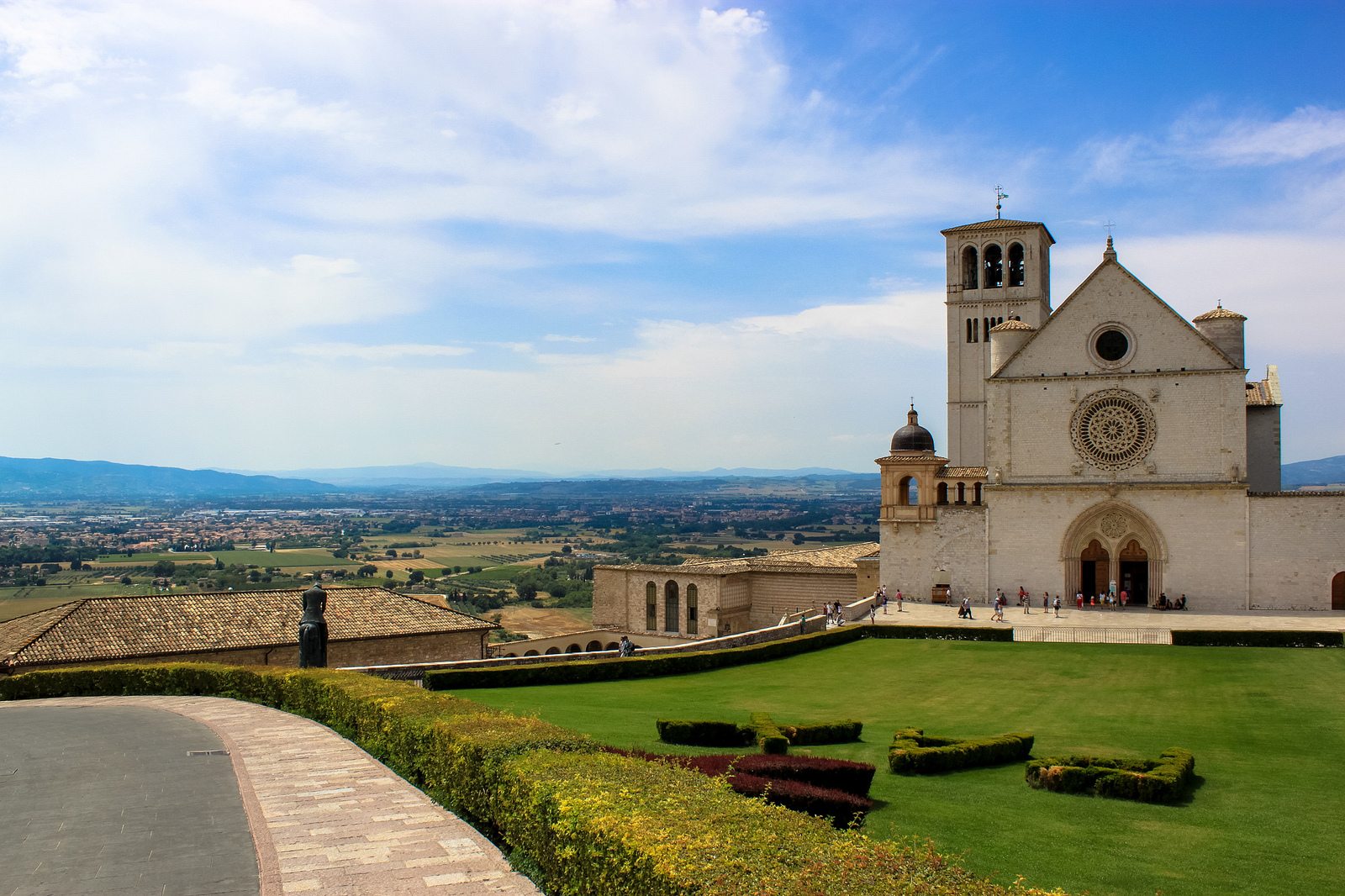 This 13th century church was built in the town where Saint Francis, the founder of the Franciscan order, lived and died. As such it is one of the most important Catholic pilgrimage sites in the country. A rare example of the Gothic style in Italy, the complex was begun in 1228 consists of two churches and a crypt where the saint is buried. The interiors feature lovely stained glass and some impressive frescos by the likes of Giotto and Cimabue. The site overlooks the hills much beloved by the humble monk and makes for a unique cultural excursion around 150 kms from Siena and 180 kms from Rome.

Where to stay in or near Assisi. 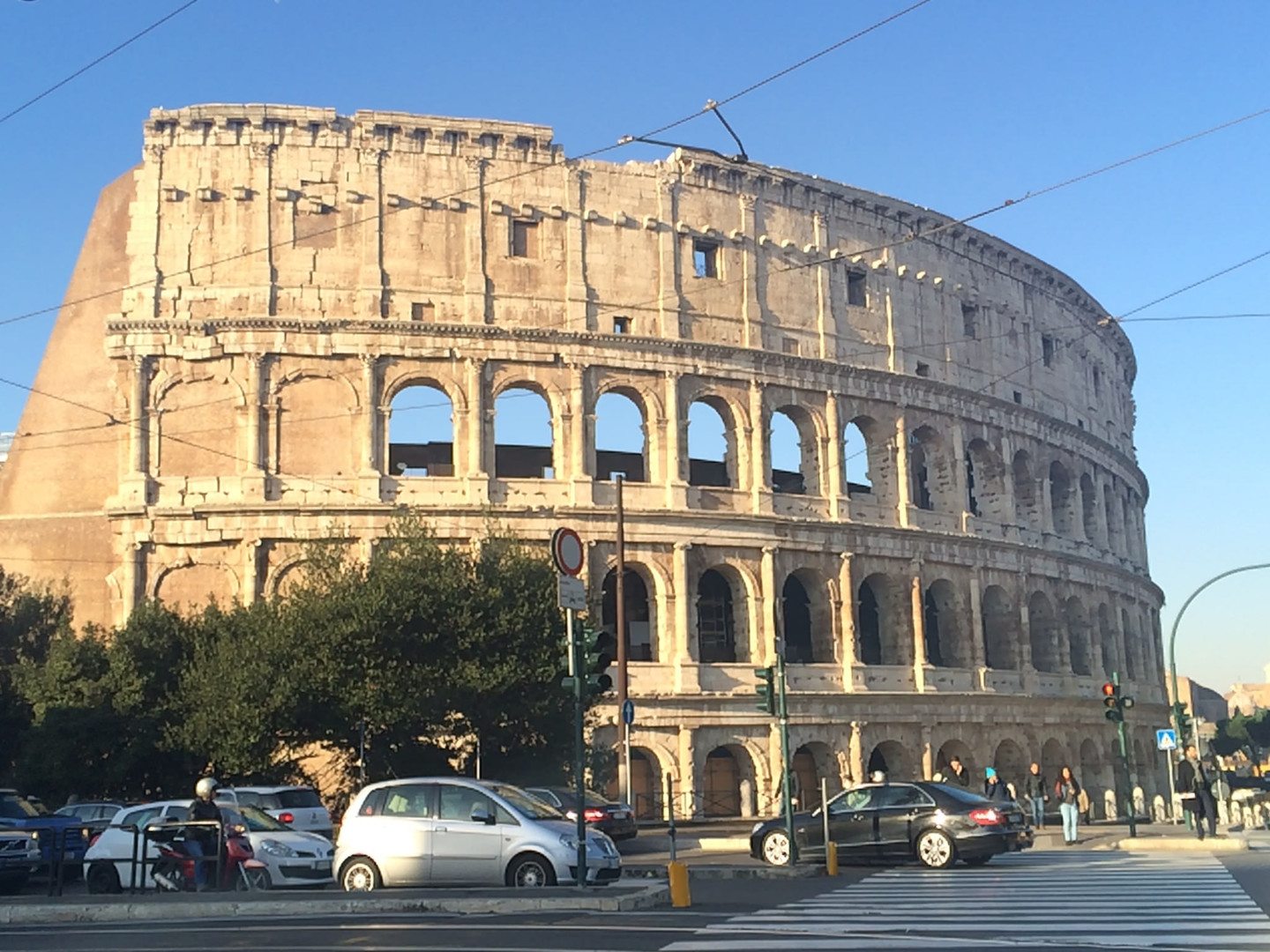 Possibly the most famous of all Roman buildings, this expansive amphitheatre could hold more than 50,000 spectators and was the largest constructed by the Romans. Completed in 80 AD under the rule of Titus, it is an impressive feat of engineering and architectural design. Used for gladiator battles and games, its opening was celebrated with one hundred days of games and was even filled with water for recreations of maritime battles. Much of its former elaborate decoration was pillaged over the centuries, however, it still evokes much awe. 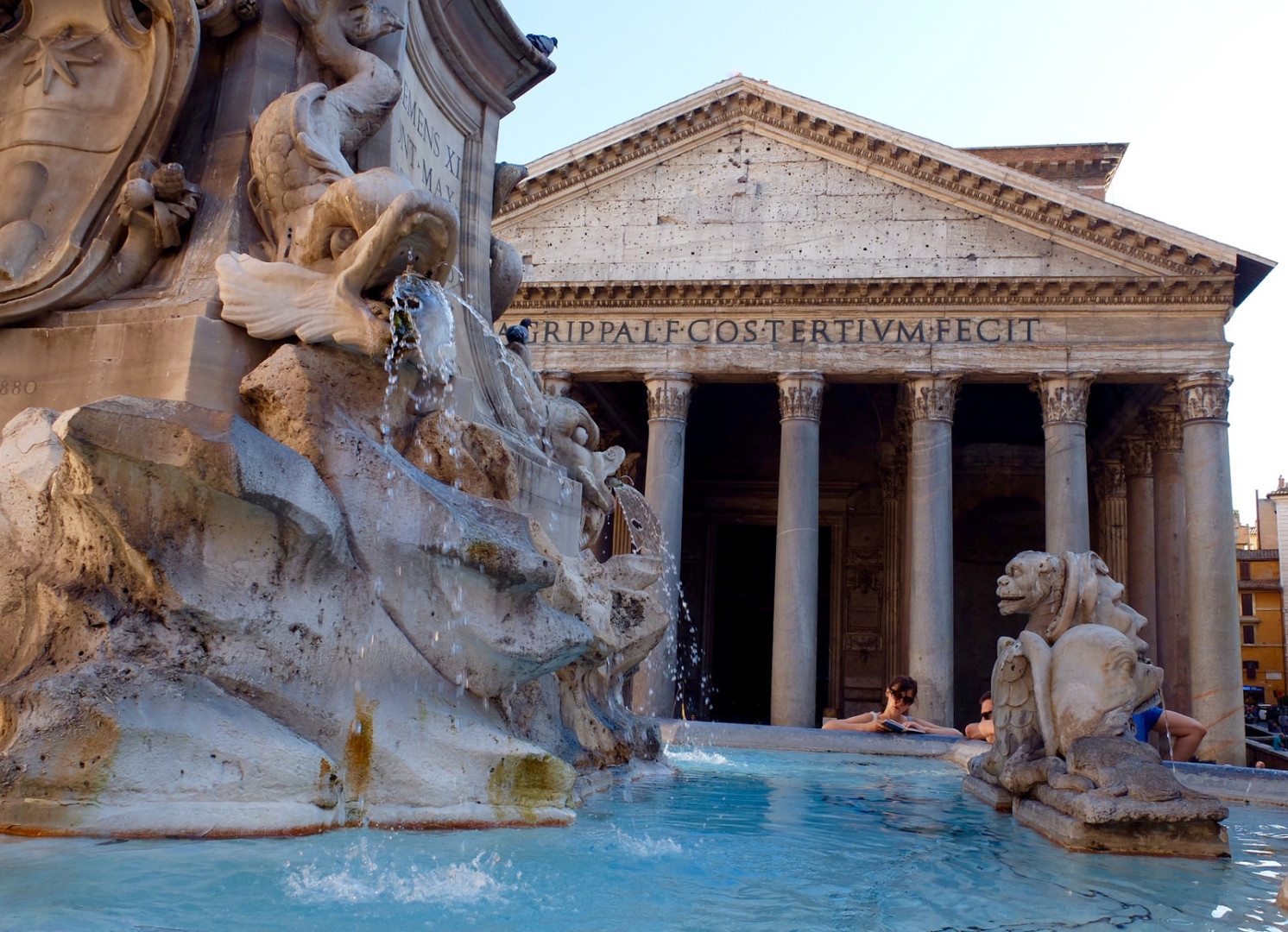 Considered the best preserved Roman building was finished under the reign of Hadrian in around 126 AD. The 142 foot circular structure has a portico of granite Corinthian columns atop which is a pediment and what is still the world’s largest reinforced concrete dome. Originally dedicated to all pagan Roman gods, in the 7th century it was converted into a Roman Catholic church in honor of “St. Mary and the Martyrs.” Today it is one of the visited sites of Rome, receiving around 6 million visitors annually. 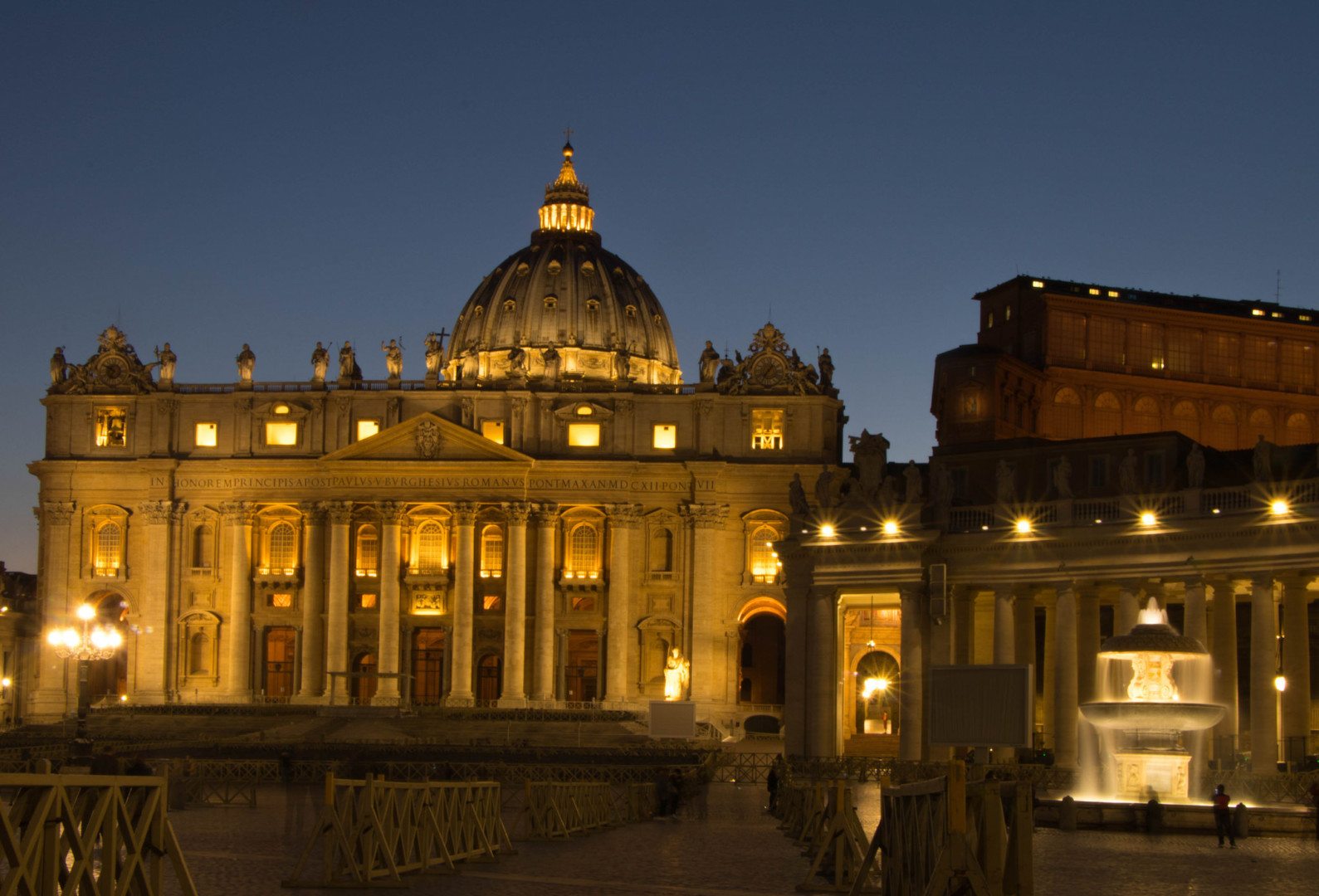 One of the greatest achievements of the Renaissance and designed by several of the most talented architects of all time, Saint Peter’s is the largest church in the world. In the Papal enclave of the Vatican City,  the current church replaced a previous one which stood here what is considered to be the place where Saint Peter was buried. It was constructed between 1506 and 1626 with contributions by Donato Bramante, Michelangelo, Carlo Maderno and Gian Lorenzo Bernini. It’s most recognizable feature is its soaring dome, rising up 136.57 metres (448.1 ft), making it the world’s tallest dome. 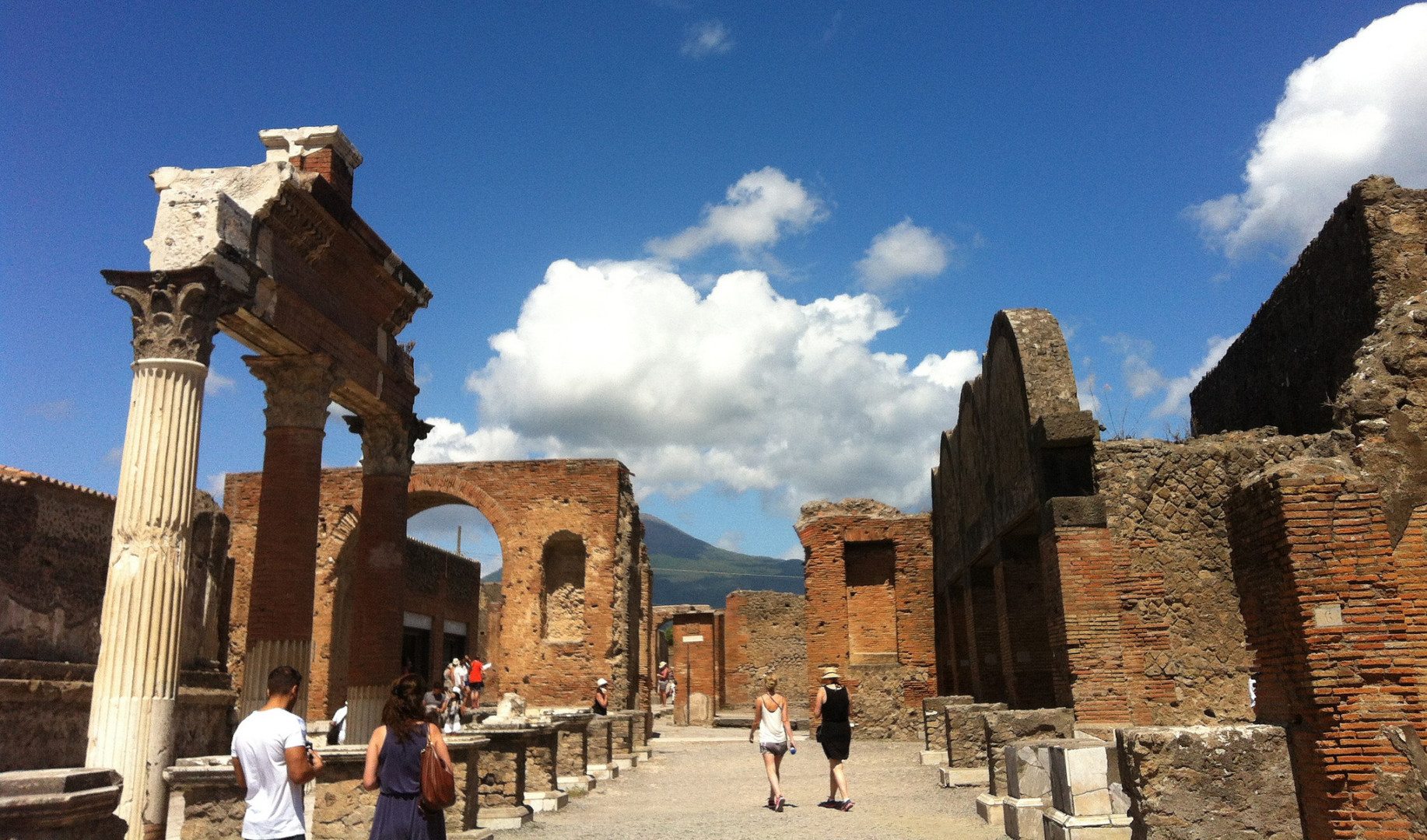 Devastatingly buried by volcanic ash from the eruption of Mount Vesuvius in 79 AD, the remains of these two towns offer an amazing window into the live of ancient Rome. Visitors can wander the lanes of these vast archeological sites, viewing what is left of their houses, shops, public administrative buildings and other structures like a large 20,000 person amphitheater. Some objects, mosaics and other decorative work have been preserved and are on display on the sites and in the Archaeological Museum in Naples. You could spend a full day just at Pompeii, however, Herculaneum is well worth the visit and less busy.

Where to Stay in Naples. 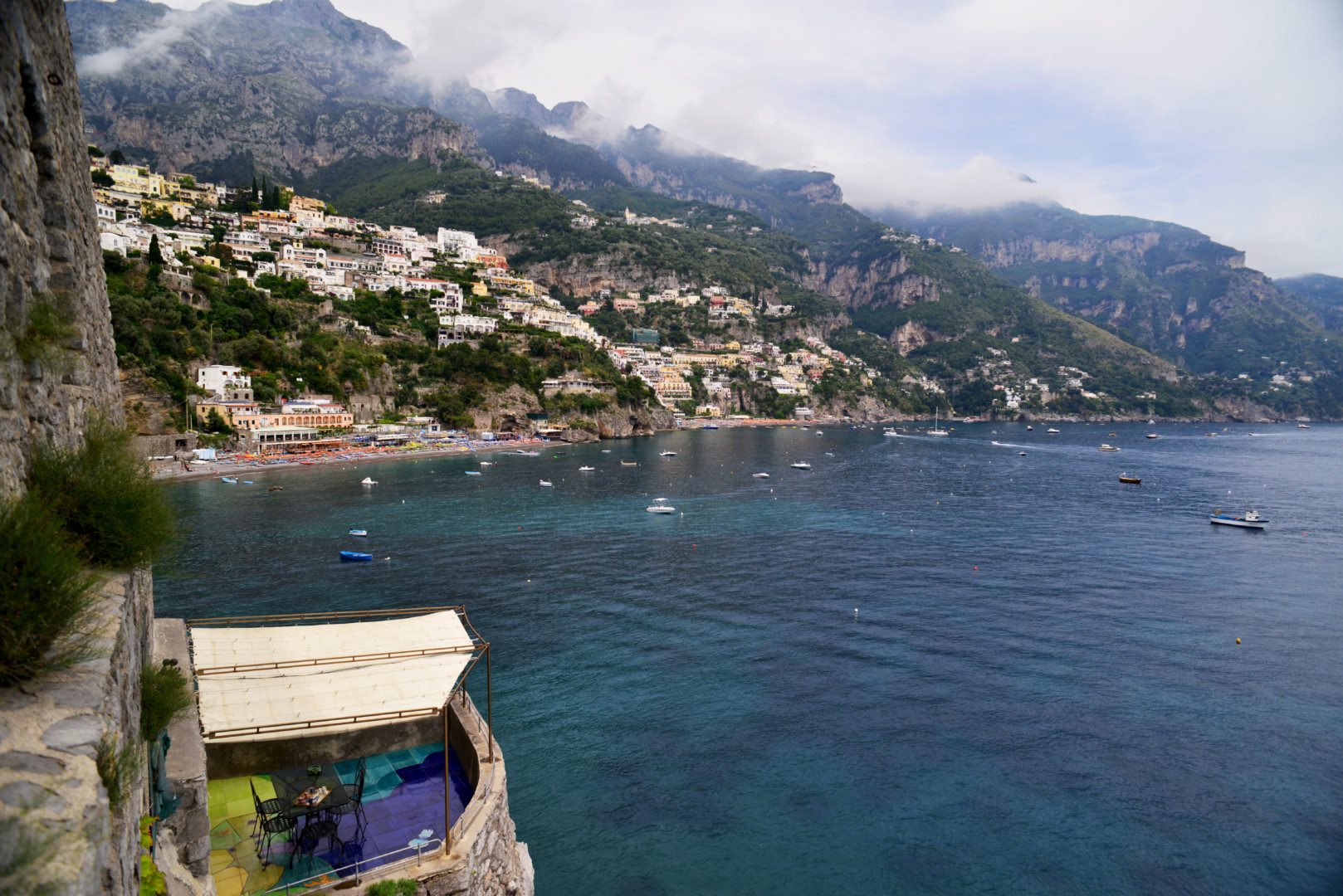 Like Cinque Terre above, the Amalfi Coast marvels visitors with its dramatic coastline of picturesque villages hugging steep cliffs. Found below Naples, running from Positano to Salerno, this spectacular coast is also a laureate of the UNESCO World Heritage List. The best way to enjoy the area is by exploring the villages while basing yourself at a cliffside villa overlooking the stunning coast and gorgeous Mediterranean Sea.

Where to Stay along the Amalfi Coast. 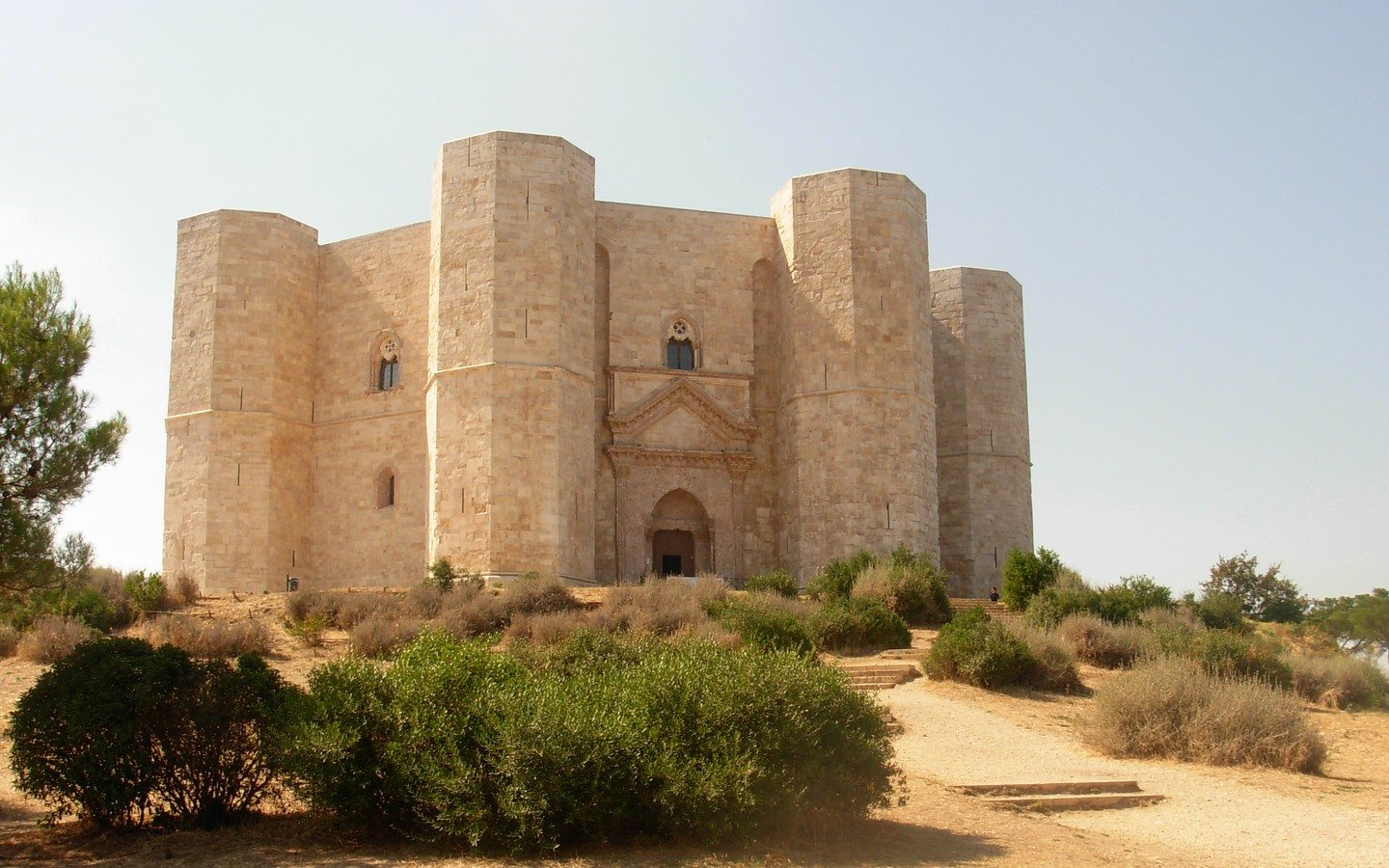 You might recognize this imposing fortress from the one cent Italian euro coin. It was completed in 1240 as the hunting lodge of Emperor Frederick II and became his seat of power. He had constructed many castles in the region, however, with its perfectly octagonal towers and advanced facilities for its time, it is quite unique. It served as a military stronghold for many centuries and since much of its more elaborate interior decoration and marble walls were looted over time. It is now a national monument at UNESCO Heritage Site.

Where to Stay in Puglia. 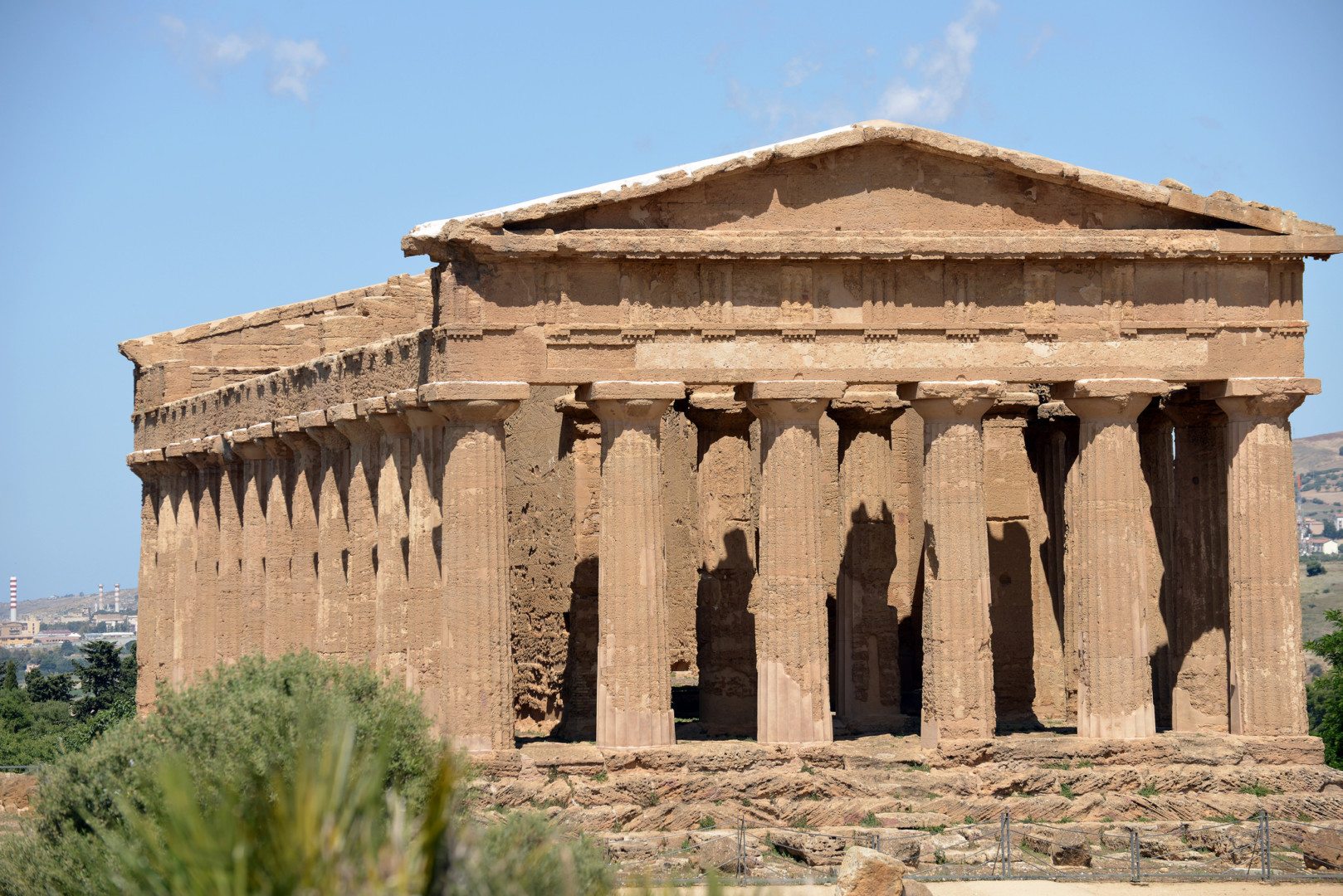 Valley of the Temples, Sicily

Next to the town of Agrigento is one of the most significant ancient Greek archeological sites and is the world’s largest archeological site at 1,300 hectares. On the site are seven temples, in the Doric style dating back to the 5th century AD. The site was first restored in the early 19th century and has since become an Italian National Monument and UNESCO World Heritage Site. A highlight is the Temple of Concordia, an extremely well preserved temple with a six column, triangular pediment facade.

Where to Stay in Sicily.