The walls of all historic buildings carry the legacy of centuries of stories and the Schloss Kogl castle is no exception. Located in Austria’s bucolic Salzkammergut lake district, northeast of Salzburg, the beautiful Baroque castle is deeply rooted in the heritage of the Mayr von Melnhof family. Monika Mayr von Melnhof shares the intriguing story of the castle and its owners, a journey spanning almost 300 years which could be said to have been sparked thanks to lightning striking. Read this fascinating tale below. 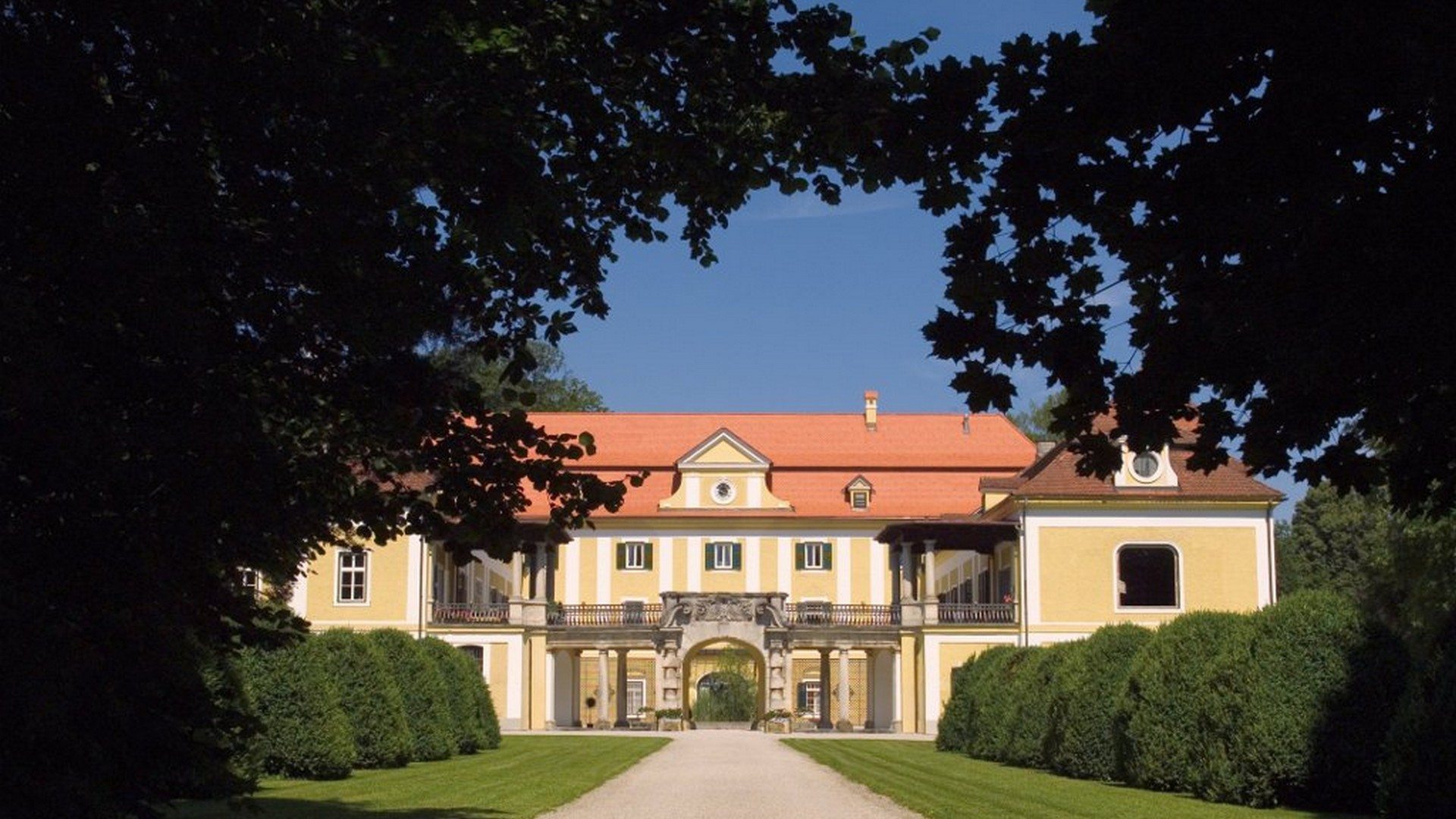 “The foundations of the current Schloss Kogl castle were built in 1730, after the castle which previously stood on the Koglberg estate was struck by lightning and caught fire on two separate occasions. At that time, the owner was Prince Khevenhueller, an aristocrat from Carinthia, southern Austria. In 1810, when parts of upper Austria fell under Bavarian rule following the Napoleonic wars, the family sold their castle and estate to Andreas von Pausinger, a Viennese lawyer. He, his wife and their four daughters lived in Kogl and managed the surrounding forestry and agriculture. After two of their daughters tragically died in childhood, the family decided to leave Kogl, selling the estate to Franz Mayr von Melnhof in 1872.

“The Mayr von Melnhof family were from Styria, in the southeast of the country. Farmers until the 19th century, the destiny of the family shifted in 1805 when they became involved in the Styrian iron industry. Under Franz Mayr von Melnhof I and Franz II, the family’s wealth grew substantially, leading them to own nearly all the blast furnaces in Upper Styria. An enormous amount of wood was required to heat these, therefore they began buying up forestries around the country. However, around 1850 coal started to replace firewood as the source to heat the blast furnaces, making it no longer necessary for the Mayr von Melnhofs to cut down their forests reserves. This vast forest is still in owned by family and is currently the largest privately owned forest in Austria. 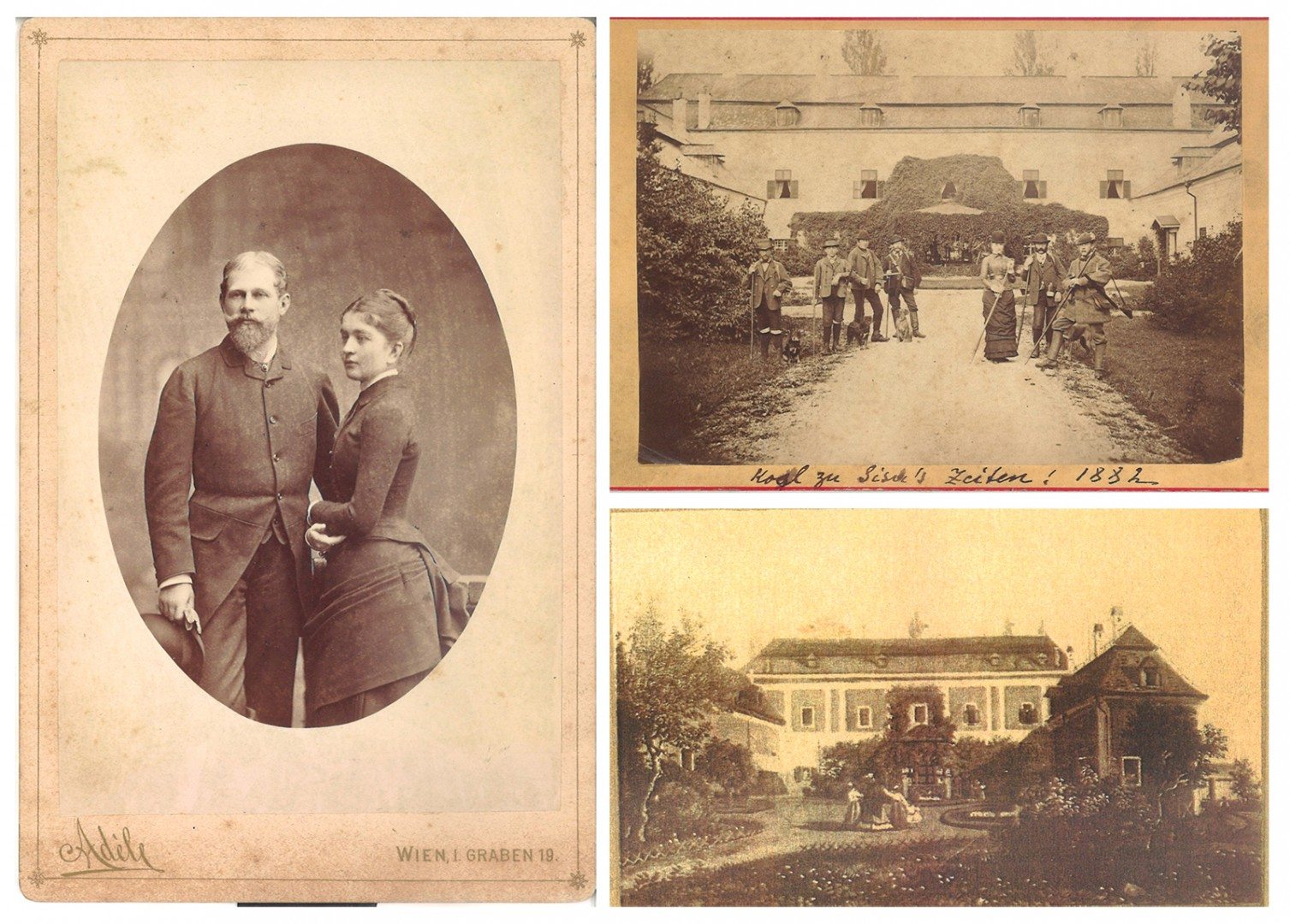 “Franz II was the most important and significant founder of the Styrian iron industry. He smartly sold his stakes in the business before they started making a loss, turning his focus to his forestry estate. In 1861 Franz II was ennobled by Emperor Franz-Josef I due to his involvement in the iron and steel industry. In 1884 his daughter Theodora married Adalbert, count Kottulinsky (pictured above) and her wedding present was Kogl. Her elder brother Franz III inherited the Schloss Pfannberg estate in Styria, whereas the second brother received the Schloss Glanegg state in Salzburg. All three houses and estates are still family properties.

“My husband’s great-grand aunt inherited not only the castle and estate but also financial assets. The money allowed her to reorganize and convert Kogl from a nice Biedermeier manor house into a true castle. A second floor and towers were added to the main building. Fortunately, she stayed with the late Baroque style of the building and did not change to Gothic revival which was fashionable at the times. Still to this day it remains unknown why she did these works on the castle as she could not have children and her husband owned another estate in Styria. We all think it’s because she loved to build. In addition to this, she and her husband spent a fortune supporting the disadvantaged and a number of social institutions including orphanages, hospitals, and monasteries. She was deeply loved and adored for her endless efforts whether they were in Neudau (where the Kottulinsky’s castle was) or Kogl, her own darling.

Kogl under construction in 1911

“During World War I, she set up a military hospital in Kogl where she tended to everyone who was stationed there. She sponsored young artists and collected porcelain. A fine example of this are the paintings on the walls of the main staircase and corridor leading to the living rooms. These were painted with romantic scenes from the plays of Ferdinand Raimund by Josef Engelhart, one of the founders of the Viennese Secession art movement (see below). In 1936, the Countess sadly passed away. My husband’s grandfather, Friedrich Mayr-Melnhof, her brother and the second son of Franz IV, became her heir.

“From this moment on, Kogl turned into the summer-meeting-point of a quickly growing family; Friedrich MM and his wife Marianne, a born Countess Meran, had one son and eight daughters. The only son, once again called Friedrich, is my father-in-law. He married Maria Anna, countess Orsini-Rosenberg. The grandparents had the impressive total of 54 grandchildren, most of whom came from all over the world to spend their childhood summers at Kogl. There were legions of nannies, housemaids and servants, living like one big family under one roof. Everyone has his own memories from sandbox friendships to escaping on the cousin’s new bike during the afternoon nap and from one’s first kiss behind the big old linden tree to the legendary annual treasure hunt for grownups. Tennis battles were played out in the morning and the daily Jause cake and tea were savored at the bowling alley in the afternoon. Evenings were filled with the melody of Grandma playing at the piano or singing and then praying with the children, while the parents were enjoying a drink and dinner in black tie. Kogl is like a small world itself, there is a big garden for flowers and vegetables, all kinds of animals, own meat, eggs and milk.This paradise lasted until the late sixties, then the next generation, my parents-in-law, decided with a heavy heart that these summers were getting too expensive. Kogl was closed down and put under a deep sleep for twenty years. My mother-in-law passed away 2010 and my father-in-law is currently living in Glanegg near Salzburg. 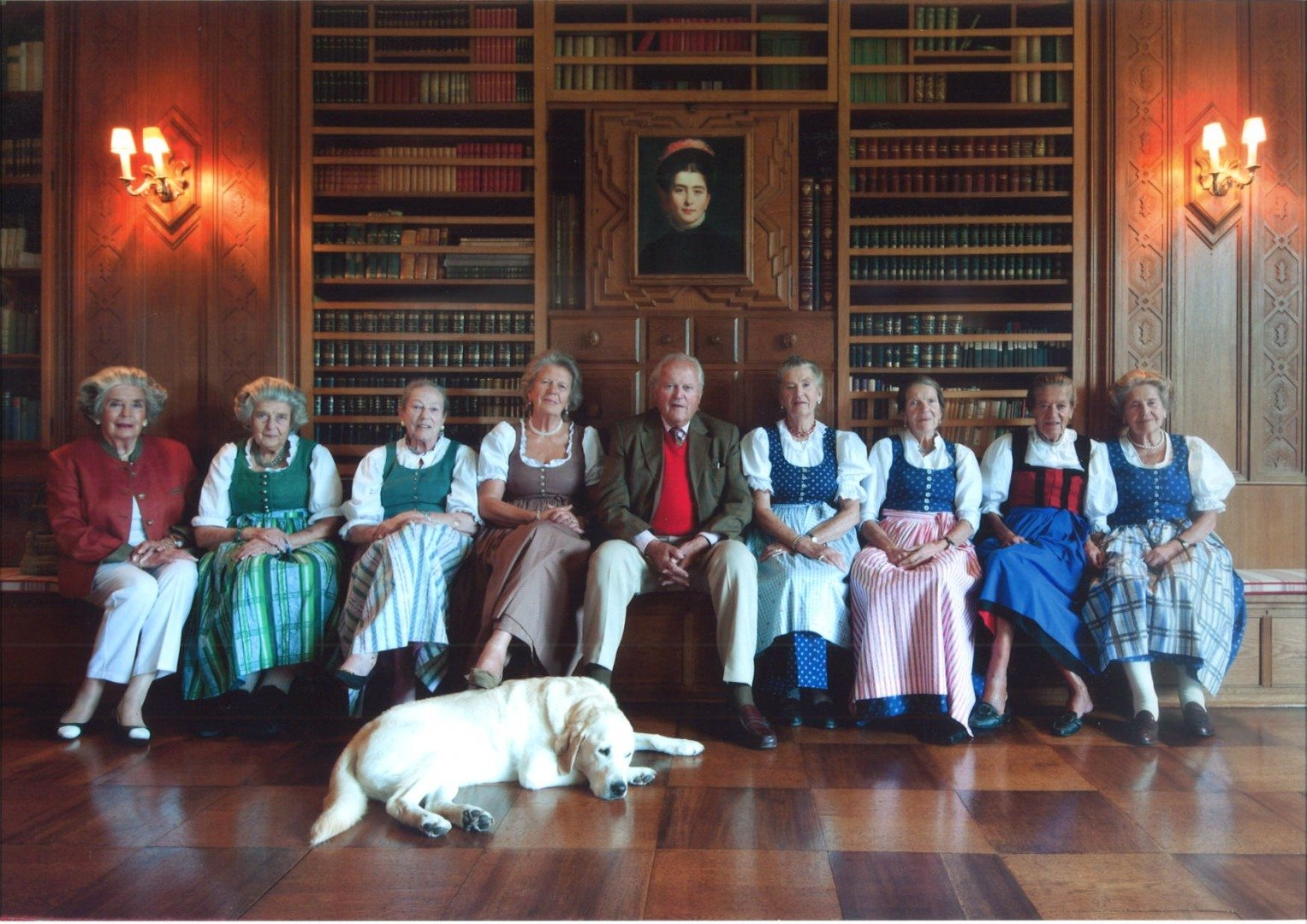 “In 1977 my husband Friedrich III moved to Kogl, in a little lumberjack’s house. He oversaw the estate’s agriculture and parts of forestry. In 1985 we got married and the next year our first son, Friedrich IV, was born. Two years later, after the birth of our son Matthäus, we move into part of the castle, the lodgings of the forest superintendent, who had recently died. In 1990 our daughter Clarissa was born and lastly, our daughter Franziska arrived in 1996.

“At the end of the eighties, we start renovating the castle, starting with refreshing the exterior painting. When I had some spare time away from raising our children, I began revitalising the garden, which is a big mess! The whole house had been left like someone would return in the next few days. We left everything like it was and lived in our rooms. Eventually at the end of the nineties, I was able to convince my parents-in-law that it is possible to live in the castle while also renting it out for special occasions. The heating needed fixing, the kitchen had to be upgraded for commercial use and a wardrobe/bathrooms were built. In 1998 we start with our first events, mainly weddings, but also dinners, concerts and seminars.The season started at the end of April and ran through October. During the winter we’d do all the necessary repairs for the next season. Time and again, I would go upstairs and think about the second floor, an endless row of bedrooms rooms, with nearly no bathrooms in between, but beautiful washbowls and fitting jars for hot water in each room. I mulled over what to do with the rooms for nearly 15 years before I was courageous enough to ask my parents-in-law whether we should consider about fixing up the second floor.

Corridor with Raimund scenes (left), detail of “the farmer as millionaire” (right)

“They did understand my concerns, especially because the roof started leaking and we needed to put buckets up in the attic to collect rainwater! This was beginning to damage the floors on the second level. In 2003 we start the biggest part of the repairs by getting the roof fixed. Afterwards we took on the task of sorting and reupholstering any salvageable furniture. Lucky we had a fabulous architect, specialized in historic buildings, we helped us through this, kept costs down and brought in a great team of Polish craftsmen.

“After Christmas 2004, we started on the second floor –the first wedding with guests staying over night was planned for July 15th, 2005.We had a lot to do to make sure this could happen like renewing the heating, piping and electricity. We also had an elevator installed. Picture frames needed repairing, the colors on the walls needed to be maintained by the careful eyes of the craftsmen who also converted the old oil lamps to electricity. After six months we are ready for that wedding. In 2010 we start building again, this time with renovations to the living rooms on the first floor. Again the electricity needed redoing, the walls needed repainting and furniture reupholstered. With new curtains and carpets, it is really cosy now.

“Since 2015 we stopped renting the castle for parties, because if we would have carried on with them, we would have be stuck in the constant cycle of renovations. However, the main reason was actually that one of our neighbour was always calling the police, bothered by the noise of the music! On the other hand, this has given us more possibilities to rent the castle as a modernized, cosy old fashioned house, perfect for people who really appreciate what they find here: good old Austrian tradition with elegant hospitality.” – Monika Mayr von Melnhof

Weave some of Schloss Kogl’s enchanting history into your next Austrian holiday. Learn more about staying at this spectacular country castle here.