London has a plethora of gorgeous shops for collectors of all kinds. And Ramsay Short has a passion for all things James Bond, especially Ian Fleming’s novels. With Anthony Horowitz’s new Bond novel Trigger Mortis hitting the shelves this week and the 24th Bond movie Spectre out in the Autumn, he took to the capital’s famous streets in search of a rare first edition.

It’s rainy and damp in London’s Mayfair. I am wearing a Mr Porter-bought suit, a pair of Churches and three-quarter-length overcoat. Not quite Saville Row, but I do feel a bit like a secret agent. I turn into Dover Street, and there it is, a beautiful glass-fronted shop, crisp white lettering on green board above spelling out the name Peter Harrington. Dealer in rare books. Just like James Bond himself I am on a mission, not to save the world but to find out all about first edition Ian Flemings – how to identify them, their cost and why they are so valuable.

I am in the right place.

The second of two Peter Harrington shops – the first is a four-storey double-fronted property on the Fulham Road – the recently-opened Dover Street branch houses over 7,000 books arranged over two floors dating from the fifteenth to the twentieth centuries in a broad range of subjects including children’s, modern and classical literature, science, natural history, economics, politics, philosophy, history, photography, art, sports, travel and exploration.

But today I am only interested in the Flemings. I love traipsing through markets and second-hand shops in search of rare books and vinyl records. In London, I always hope to pick up an original Coltrane album on the Impulse label or as now a rare first edition hardback that’s somehow missed the seller’s eye, for a knockdown price. It’s a faint hope – the words needle and haystack come to mind. The Bond books are some of the most popular spy thrillers ever written, and remain as much today as when they were first published in the 1950’s and 1960’s. The originals have beautifully designed and distinctive dust jackets, and if you’re into collecting while by no means cheap there are still some affordable first editions of many of the novels. 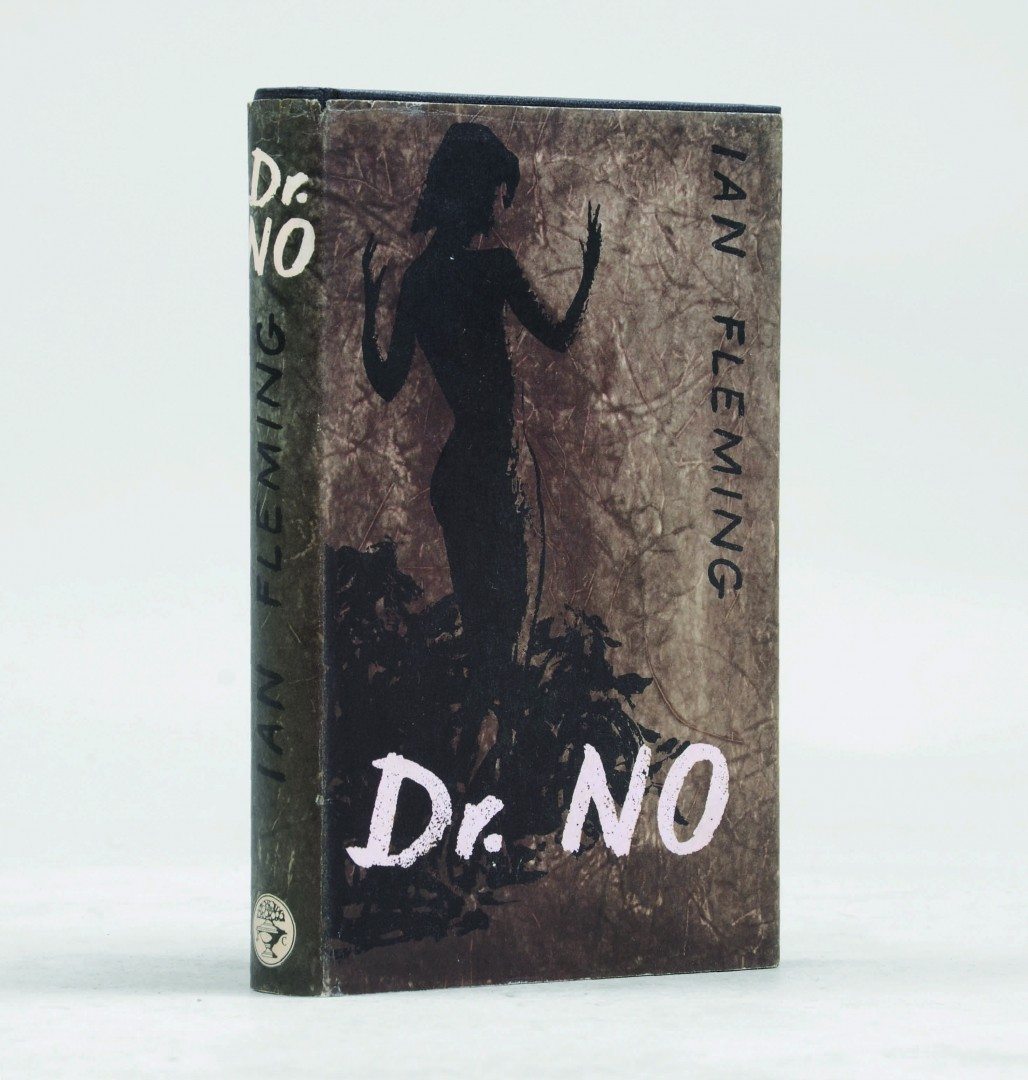 Course it takes an eye to find them. Fleming wrote 14 Bonds in total all of which were published by Jonathan Cape in London between 1953 and 1966. According to the experts at Peter Harrington, the two rules to follow when identifying a first edition are that a) it should say Jonathan Cape on the title page and b) it should say “first published…” with the correct year (and no other) on the back of the title page. To be truly collectable it should also be in its original dust jacket, which you can tell is original as it won’t have any quotations from critics on it. Naturally it should also be in a good condition. 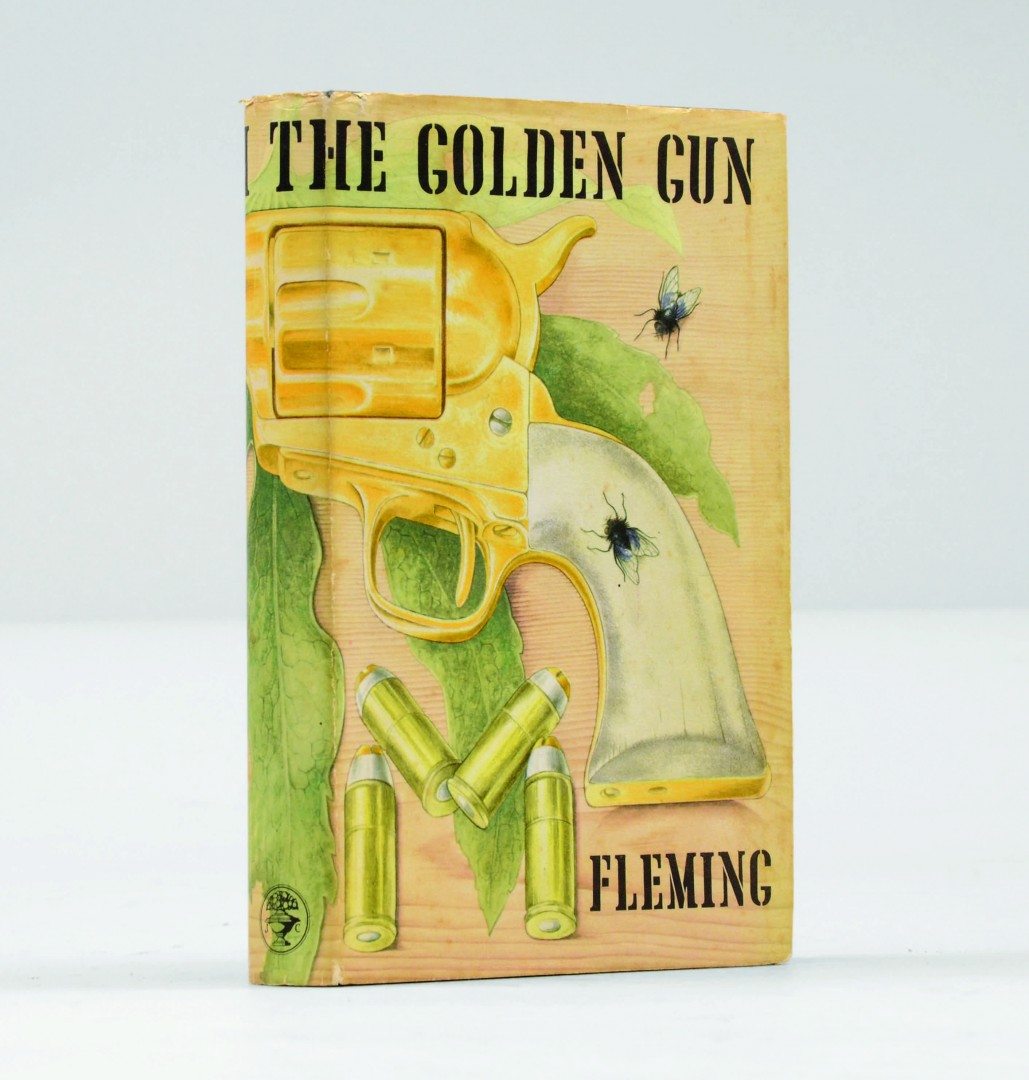 Some of the books are more special than others. When The Man with the Golden Gun was first published a very small number of copies were actually decorated with a golden gun on the front of the book. Due the print costs this was quickly abandoned so editions with a golden gun on them are rare and more valuable. Ian Fleming’s signature on a limited edition of On Her Majesty’s Secret Service are worth a pretty penny and due to the scarcity of the first three Bond books – Casino Royale, Live & Let Die and Moonraker (very few were published) – these are particularly valuable. Octopussy, Ian Fleming’s last book, had a much larger print run and is therefore much more common so good quality copies start from just £65. Apart from these exceptions the price of the books depends on their condition. Perfect copies cost tens of thousands of pounds whilst decent ones are available from only a few hundred pounds. 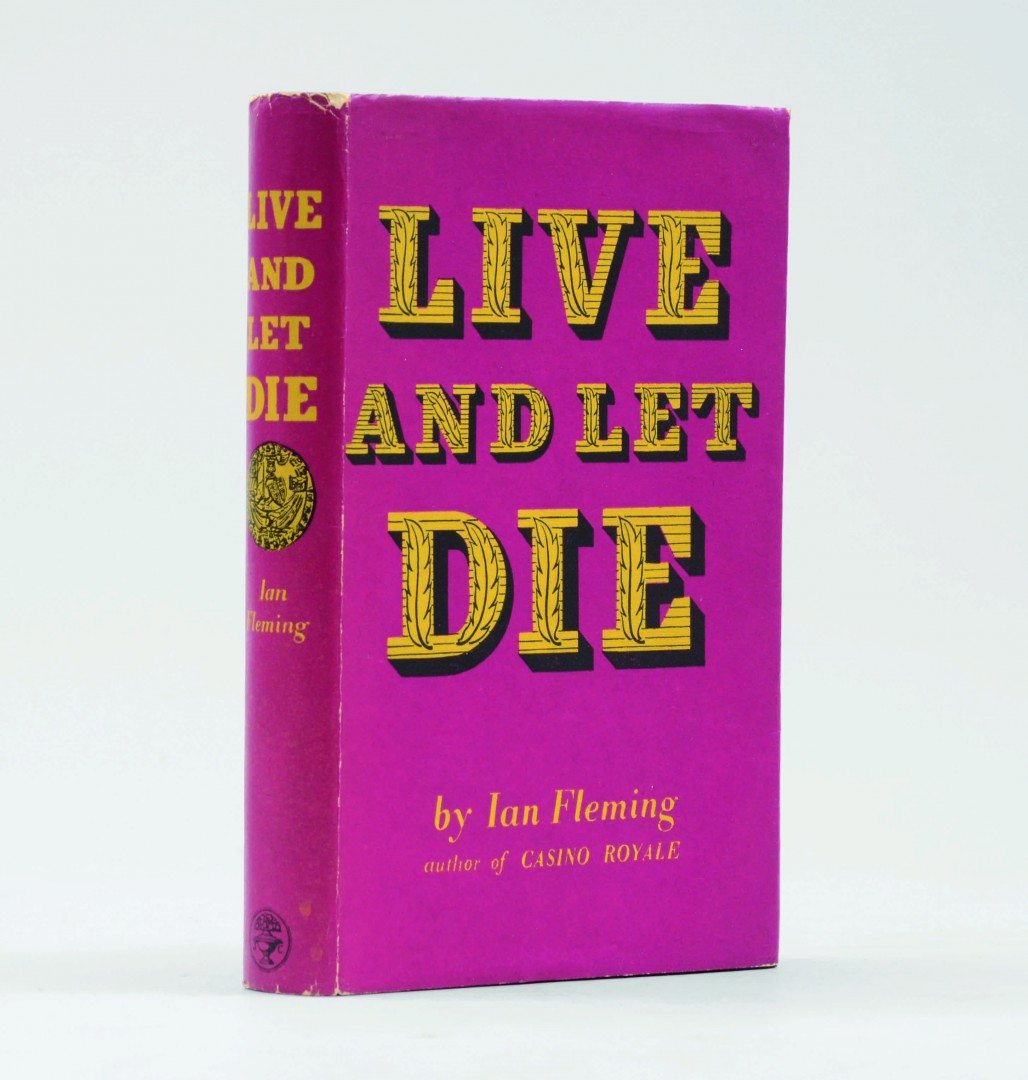 Pom Harrington, son of Peter who now runs Peter Harrington says, “It is impossible to give exact price comparisons for different copies, because prices vary enormously according to the condition of the jacket. However, we’ve been lucky enough to have sold one particularly fine copy of Casino Royale four times in the past few years: for £22,000 in 2002; £26,000 in 2006; £30,000 in 2008; and lastly, in 2013, for £50,000. This gives a good indication of the price trend of James Bond first editions in that period.”

So they are definitely a good investment. I review some of the copies for sale at the shop. They currently have 29 rare individual copies of James Bond books for sale ranging in price from £65 to £45,000. They also have some complete sets of all the Ian Fleming books available priced from £8,500 to £17,500.

I gaze longingly at a beautiful first edition of The Man With The Golden Gun with the rare gilt gun design on the cover – £8,000. A stunning copy of Casino Royale covered in rose coloured playing card hearts is on the market for £42,500. A 1954 edition of Live And Let Die is priced at £17,500. 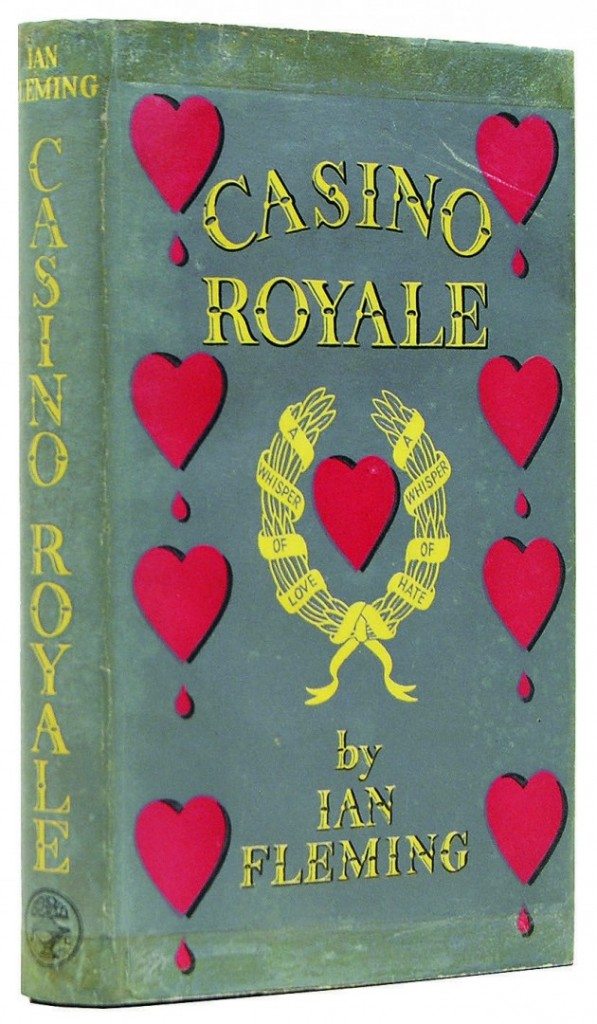 Adam Blakeney, Modern Literature expert at Peter Harrington explains: “Everyone loves James Bond and these books are often the ones which people who are new to book collecting buy first as they are well-known and have fun looking dust jackets.”

In the end I opt for a 1966 copy of Octopussy & The Living Daylights for £65. I may not have succeeded in finding an under-the-radar original Fleming on the cheap in London’s book markets just yet but now I know exactly what to look for. And like Bond himself I never give up on a mission.

WHERE TO STAY IN LONDON If there was ever a James Bond crash pad in the Big Smoke it’s this Mayfair apartment. Located in the historic Shepherd Market surrounded by upscale shops, art galleries and restaurants and a short hop from HRH herself at Buckingham Palace you won’t feel more on her majesty’s secret service than this. London Perfect 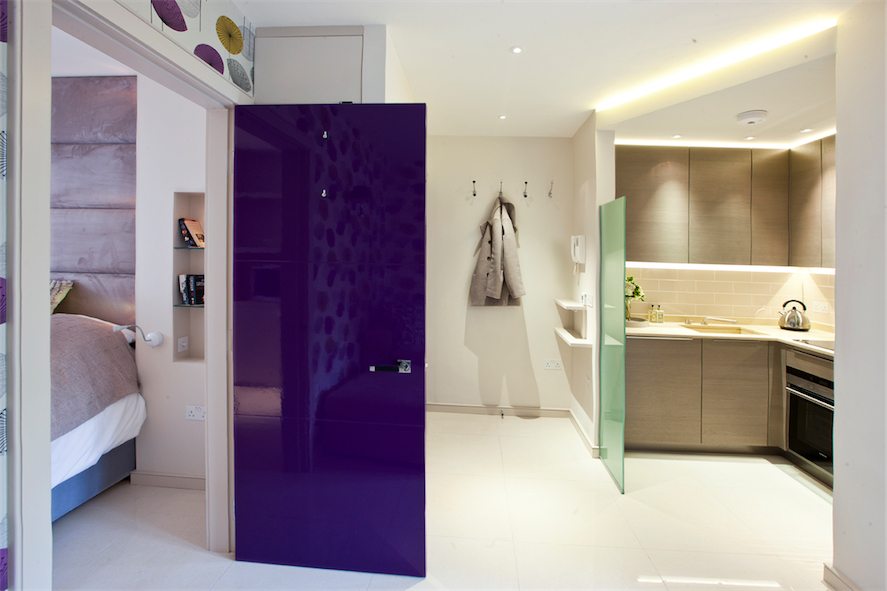 WHERE TO STAY IN THE HOME COUNTIES This Cotswolds Manor is the sort of mansion Bond’s boss M would reside it when not in the capital, and staying here you’ll certainly feel like the person in charge. On the edge of a peaceful hamlet just an hour an half from London, this exceptional home is spacious and filled with antiques and fine 20th century British art. Moreover the grounds are as private as it gets with stunning views over the Windrush Valley – so don’t worry your secret meetings will stay secret. Blandings 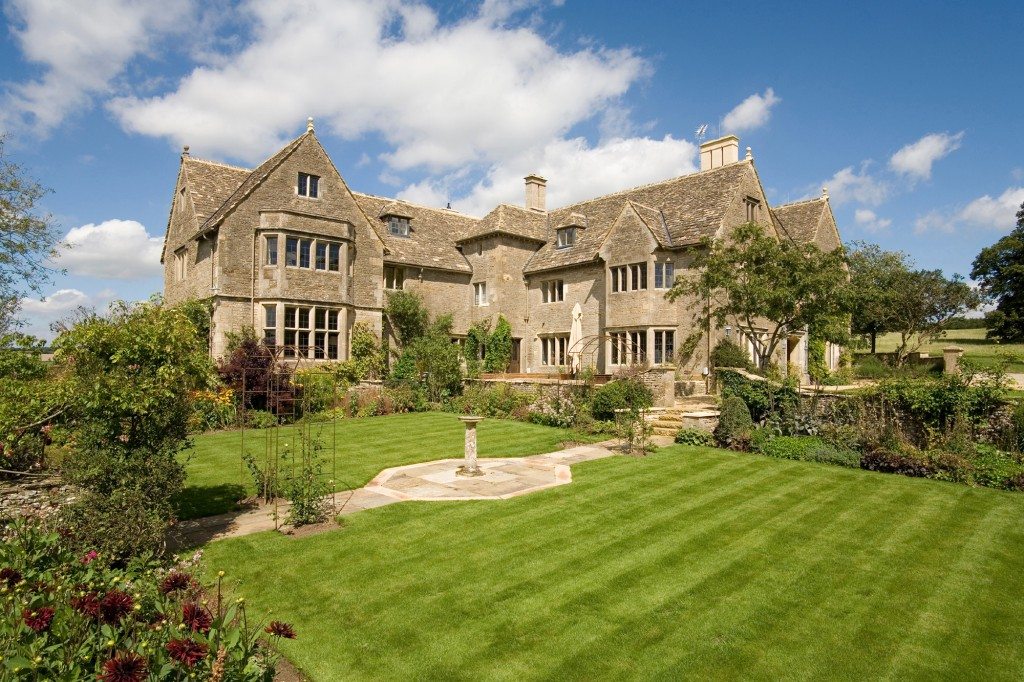 WHERE TO STAY IN SCOTLAND Bond’s ancestral home is in Scotland and at Kinross-Shire Mansion in Perthshire, you’ll find the perfect stately pile to imagine our favourite spy’s boyhood amidst endless gardens and overlooking Loch Leven. Go deer stalking, salmon fishing and even indulge in some falconry or entertain 100 guests in the Grand Salon filled with important Scottish art. Loyd & Townsend Rose 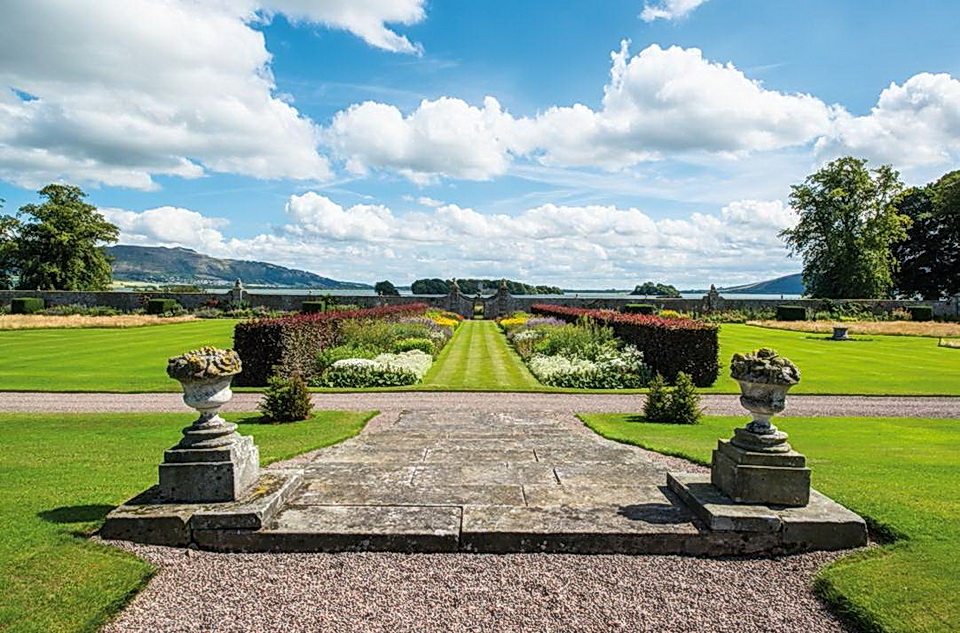