The Hurricane Aftermath – Updates from our Caribbean Experts

The devastating series of hurricanes that pummelled parts of the Caribbean and the US in September caused the death of dozens, the loss of livelihood to thousands and immense damage to infrastructure, housing and flora and fauna. Despite this destruction, the resilient spirit of locals and nature’s incredible ability for rebirth are already propelling many destinations back on their feet. We touched base with our local experts spread across the Caribbean to get an on-the-ground report on the damage and estimates on when various destinations are expected to welcome visitors again. Read their valuable insight below. 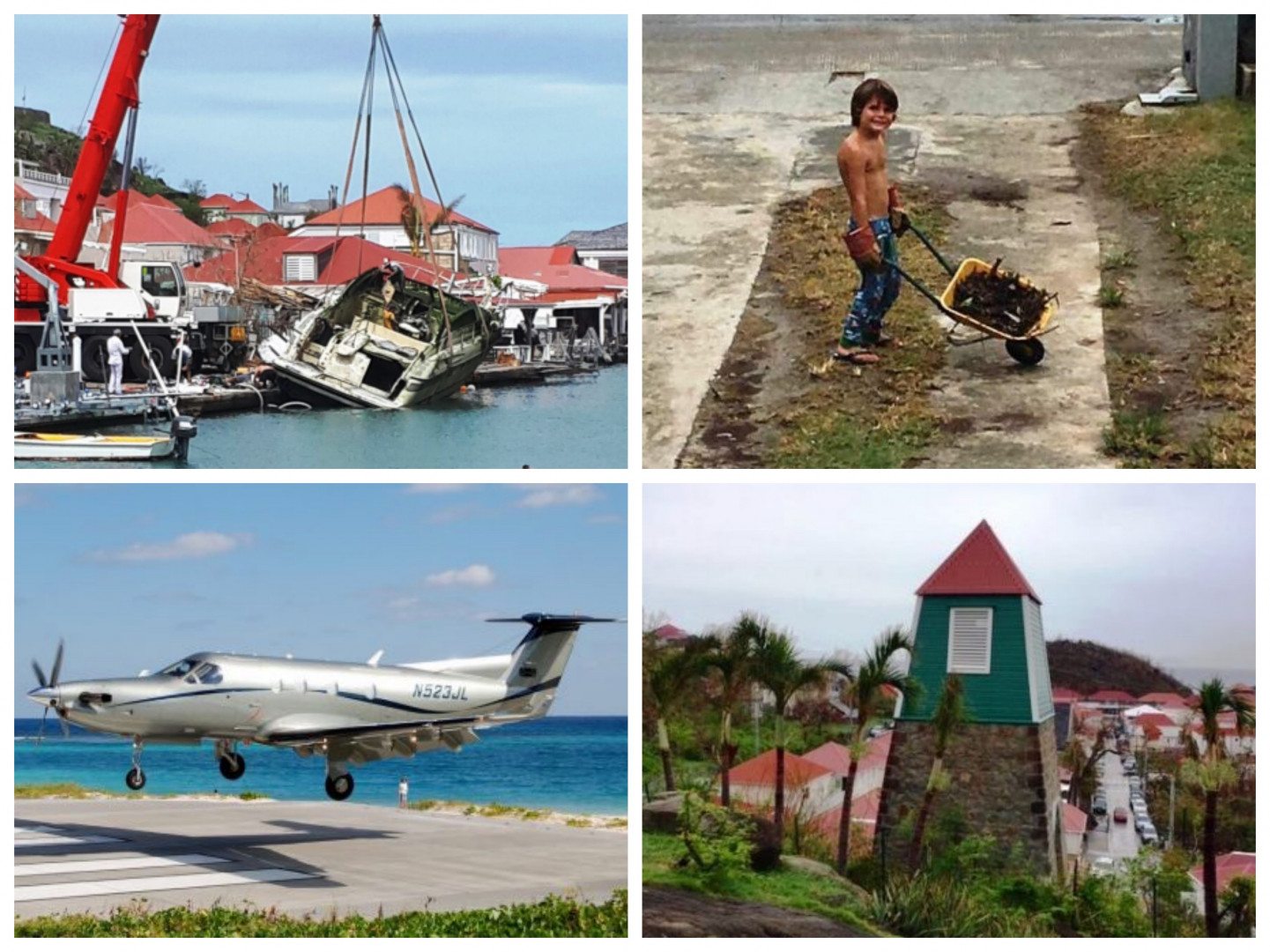 The vast archipelago of The Bahamas wasn’t as impacted by the hurricanes as other Caribbean islands. Pamela H. Murdock, who represents a variety of villas across the Caribbean and many in The Bahamas, has heard back from a number of clients on Harbour Island and Eleuthera. These north-easterly islands were fortunately outside the destructive path of the hurricanes. That said, Hurricane Irma did hit Ragged Island and other islands in the south-eastern Bahamas.

Located in the southern region of the Caribbean islands, Barbados was luckily spared from the hurricanes, as reported by our local experts at Blue Sky Luxury. Visitors can feel confident traveling there and it makes for a good option for those hoping to escape to the Caribbean this winter.

Two villa owners of Pamela H. Murdock reported minor damage to the property, although there was more serious damage to the landscaping. “The island was not so lucky, but rebuilding is going fast. I think everything will be back to normal by Feb/March,” said one owner. This was also echoed by Tim Roney of Villa Concierge, one of our Caribbean regional villa experts. Tim feels the island could be ready as early as January.

Pamela H. Murdock also heard from two owners on Nevis who explained that the island “came through the latest storm very well. There were some trees down, some beach erosion on part of the island, and lots of rain. But overall, no major destruction. We understand all the hotels expect to have a normal season.”

Another lost a couple of trees and went on to say that they “have been very lucky considering the devastation on neighbouring islands. Our property is functioning normally, no damage but there has been a lot of tidying up to do both here and around the island. The power was back on the day after Maria, but land lines and cell phones only fully restored a few days ago.”

The owner of several properties represented by Pamela H. Murdock positively reported that “the island is bouncing back with incredible speed! The international airport PLS is now opened for commercial flights. Water service has been restored to much of the island while power is following… already some areas have power including Turtle Cove and Leeward. Flooding has largely receded, restaurants like Baci, Sharkbite and Mango Reef are open already, and excursions are going out on the beautiful turquoise water! The IGA grocery store was open just days after the storm passed.”

Another commented that it’s “now just a matter of getting power restored to the entire island and cleanup. But many of resorts are already back open for business.” Tim Roney is also optimistic about Provo and thinks it will likely be ready for Christmas. 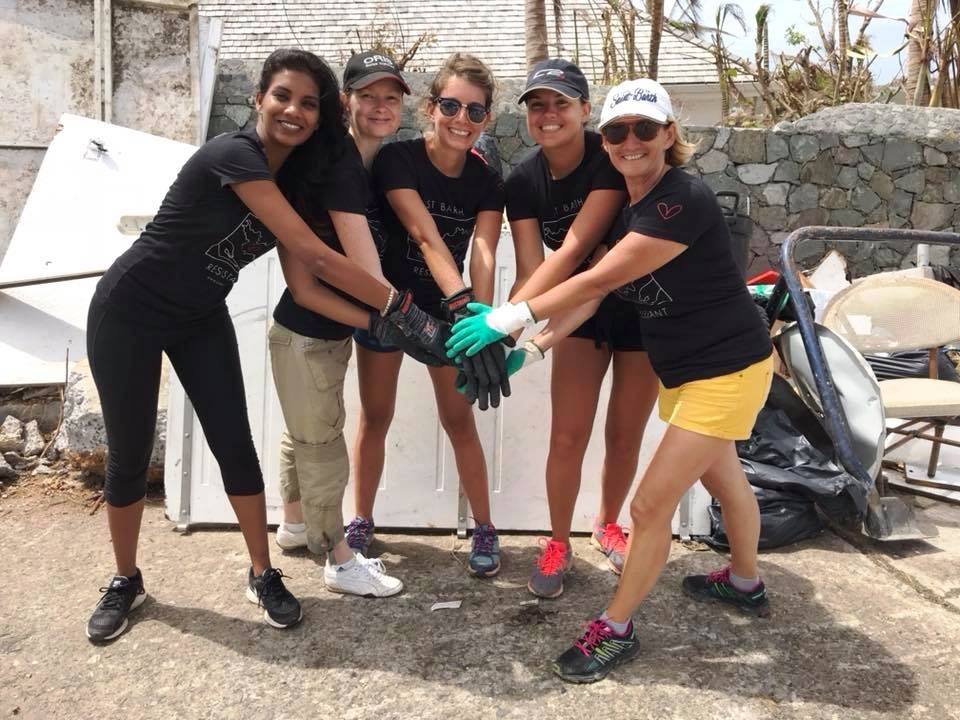 The team of Saint Barth Properties helping with the clean up

Caught in the eye of Hurricane Irma, Saint Barthélemy received a great deal of destruction. However, according to our local experts at St. Barth Properties, who have been a great resource for updates and reports on the hurricanes, the island is recovering quickly – especially thanks to the effort of so many locals who are pitching in (like the villa company’s team itself!). The island is still in recovery mode, nevertheless, the Tourism Board announced that “all roads are cleared, electricity and drinking water networks are being deployed in the neighborhoods, the port of commerce and the airport are operational, bakeries and the power supplies are open, restaurants and bars are gradually opening up their establishment…everything is back to life with the goal of welcoming our loyal visitors from October 30th on our island.”

This is great news for the island and life is already starting to return back to normal, noticeable with the reopening of various popular restaurants. Flora is rejuvenating and the fauna is returning. The island is also maintaining its annual sailing regatta, Les Voiles de Saint-Barth, as scheduled from April 8-13 2018, so this could be a good time to plan a trip.

That said, Saint Barth does have a major obstacle. Many visitors reach it via Saint Martin which was worse hit by the storm and whose commercial airport is not yet reopened. The St. Barth Properties team has a great solution: if you can fly to San Juan (SJU), then they can make arrangements for you to fly directly from there to St. Barth. You can find up-to-date reports regularly on their blog or feel free to contact them here for further information on travel and accommodation on the island.

One of the worst islands hit, our local experts at Carimo have advised us that unfortunately they will not be welcoming guests to Saint Martin for some time. They have had to cancelled all their reservations through March 31st, 2018, however, this could be extended. We are wishing them a speedy recovery and hope visitors return for late spring or for the 2018/19 season.

Other islands severely damaged by the Hurricanes, Tim Roney has been following the situation on the islands carefully. He feels that the US Virgin Islands may be ready to receive holidayers by February. On the other hand, the British Virgins Islands might not be ready until spring. Contact him here to stay updated on the situation in these islands.

Tim went on to precise that other major villa destinations like Jamaica, Dominican Republic and St. Lucia are all fine. He will also divert Caribbean clients will divert to Mexico which is unscathed as well.