A Guide to Animals on African Safaris

There’s nothing quite like the thrill of seeing your first animals in the wild on safari in Africa. Baby elephants splashing at the watering hole; a herd of stripped zebra grazing in a savannah valley; a towering giraffe craning up its neck to nibble on tree leaves or a gorilla peering through dense jungle vegetation. While some animals are more widespread across the continent, others inhabit more specific geographical zones. Use the helpful guide below to decide where to go on safari depending on which animals you are hoping to catch sight of. 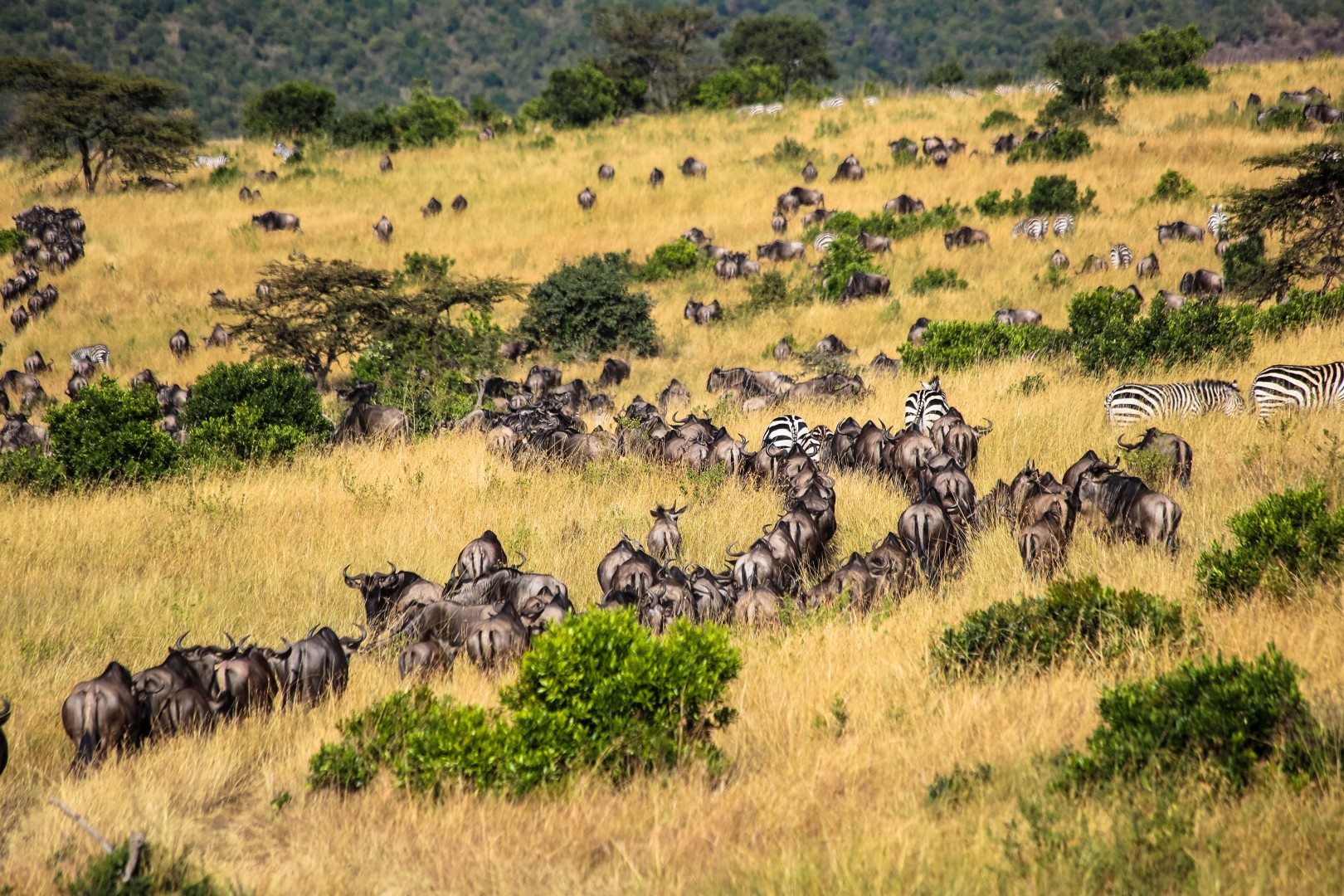 Members of the antelope family are among the most common over the African continent so you’re likely to observe them in most safari destinations. Of particular note, in Kenya you’ll spot various types of horned animals like impalas, spiral-horned antelopes, Coke’s hartebeest, white-bearded wildebeest as well as both Thomson’s and Grant’s gazelles. The best time to spot these herds is during the annual Great Migration, when 1.5 million animals make a circular tour between Tanzania’s Serengeti and Kenya’s Masai Mara. You can see a great range of this family in South Africa; especially Impala, Kudu, Blue wildebeest, Burchell’s zebra and the local famous springbok.

The largest of the antelope family, the African Buffalo, roams the open savannahs of Botswana, Kenya, Tanzania, Namibia and South Africa. These large beasts can weigh up to 750 kg and usually feature among animals seen on safari. 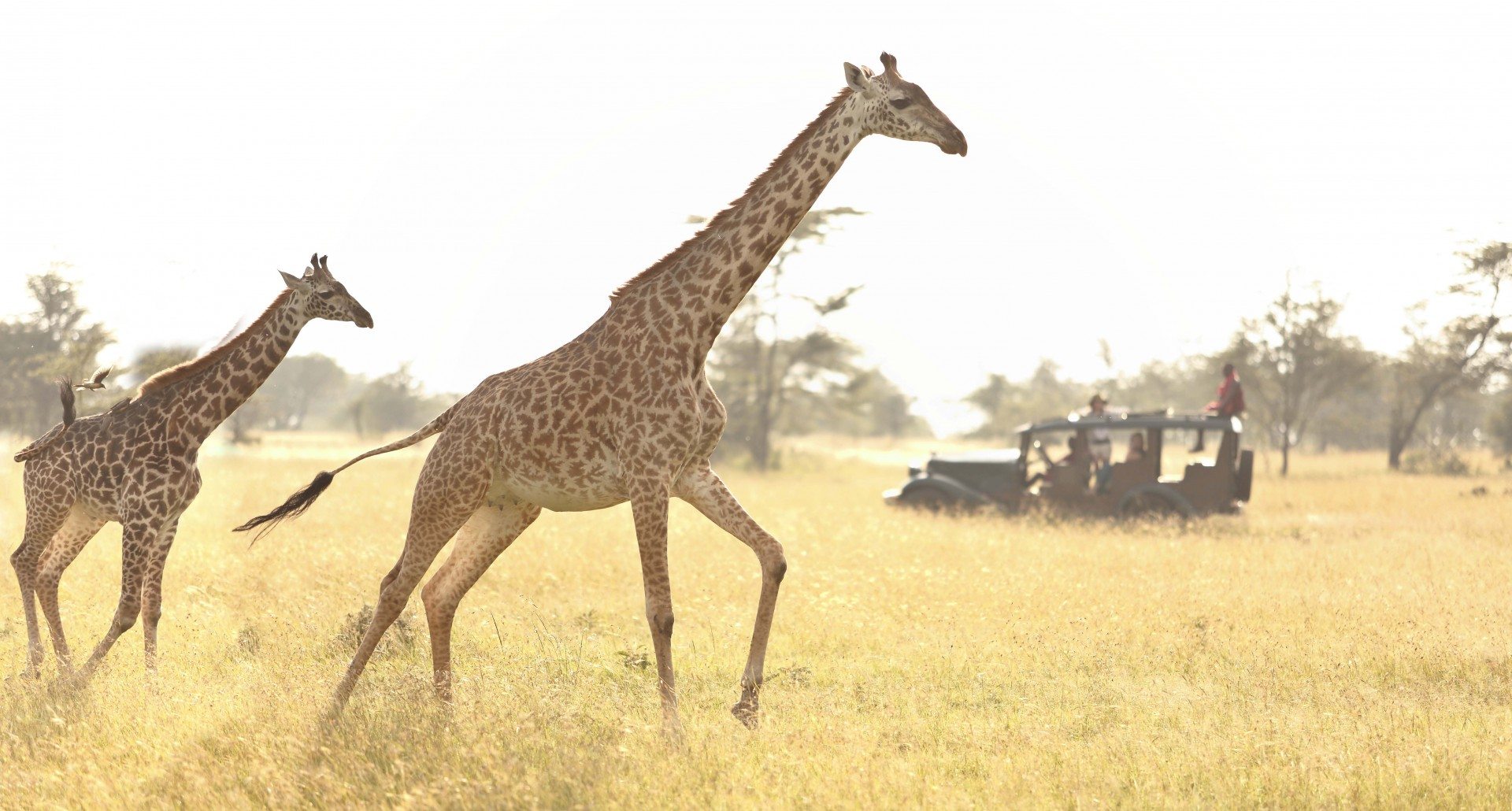 Constant grazers, graceful giraffe are generally found in grassland areas of Kenya, Botswana, Namibia, South Africa and Zambia. They can reach heights of up to 5.5 meters and usually travel in herds and roam specific territory of between 20 km and 70 km, depending on accessible food. 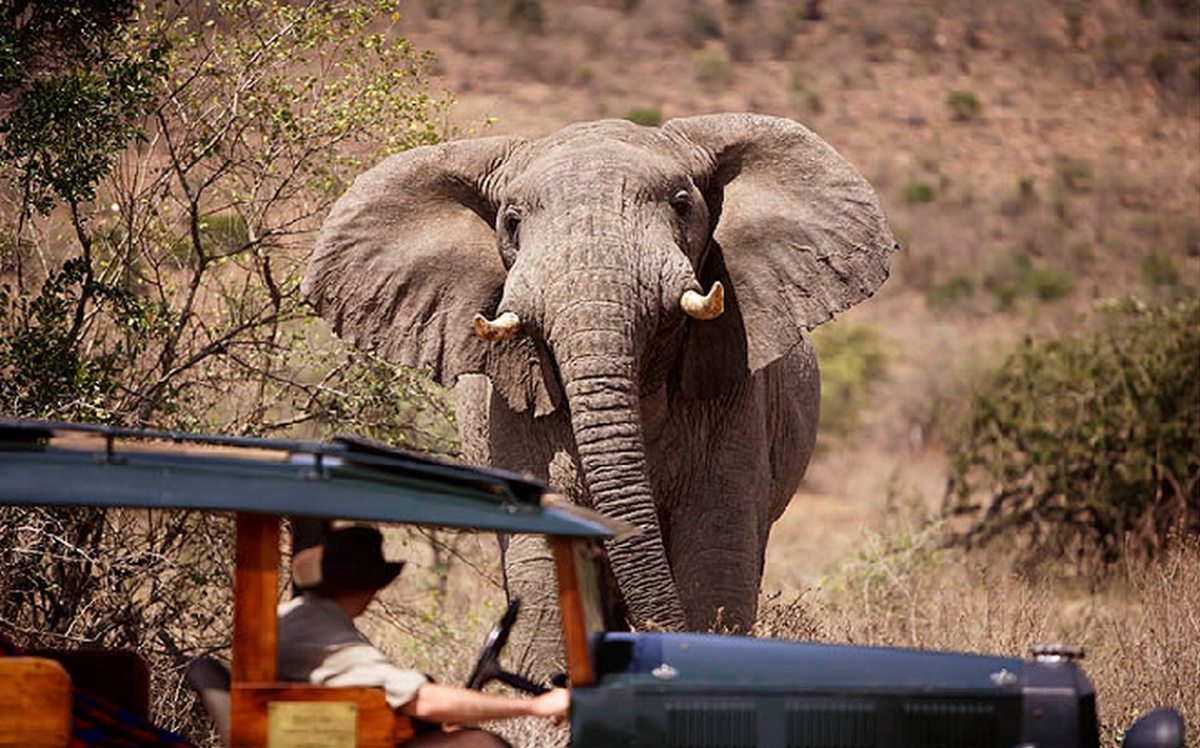 Of the large big game animals, elephants are the most widespread and commonly visible on safari. The majestic creatures are quite impressive, and general appear in a parade, but it’s important to keep your distance, particularly if there are young ones present. Hippos can be less common, however, a good safari guide could find them for you in Botswana, Kenya, Tanzania, Zambia and South Africa.

Rhinos are a different story and are some of the hardest animals to catch sight of. This is in great part due to their low numbers from intense poaching. Since 1961 South Africa has been actively involved in protecting and increasing the population of black and white rhinos and Kruger Park is now home to the world’s largest population. In Kenya you can find the largest population of black rhinos in the Masai Mara National Park and white rhinos in the Lake Nakuru National Park. 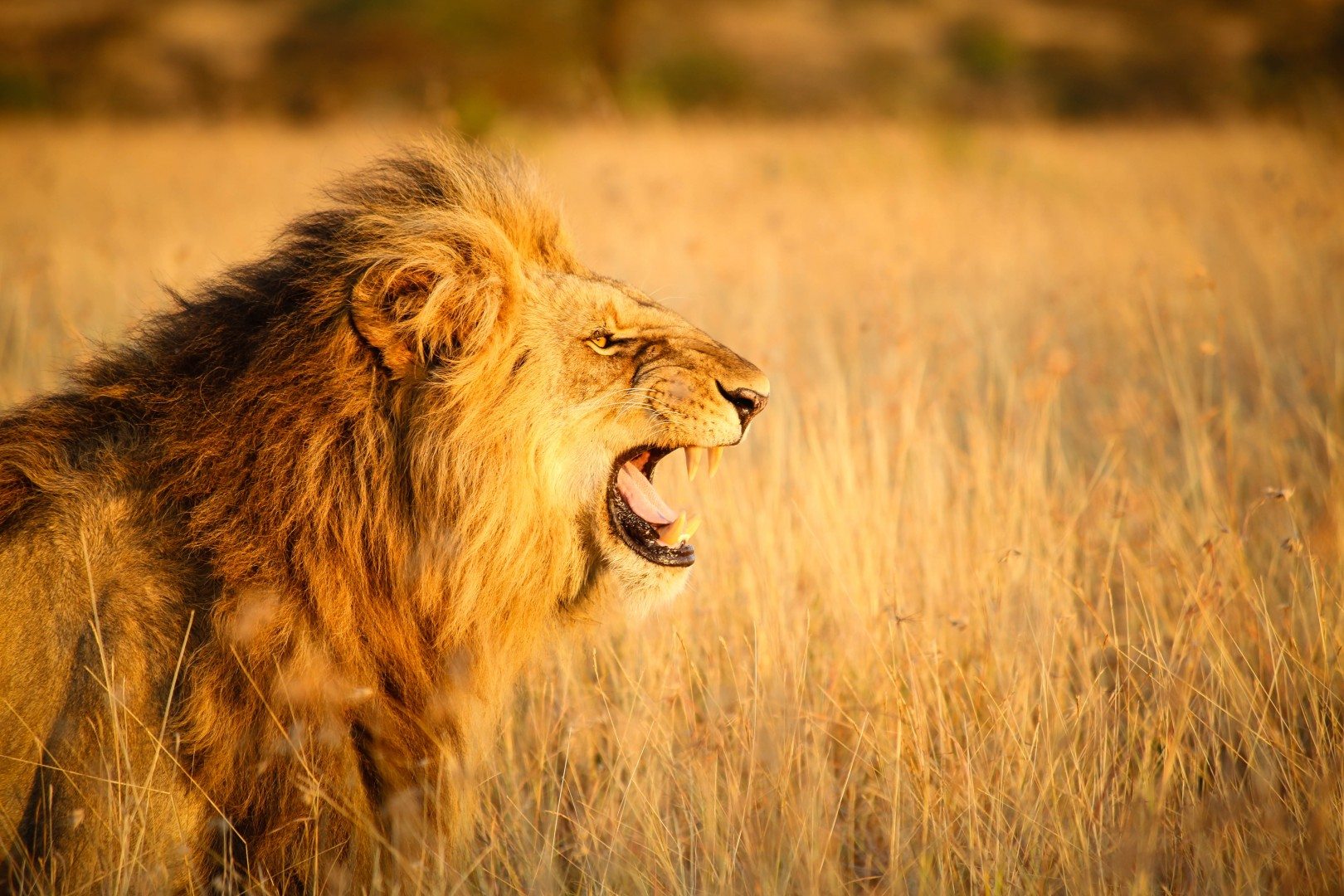 Of course the most famous African animals are two of the “Big Five”: the lion and the leopard, the cheetah follows closely in third place. These large cats are rather widespread and can be found in South Africa, Botswana, Kenya, Tanzania and Namibia. Lions stand out from the other big cats as they are social animals and tend to live in prides of 20 to 30 members with one to three males. You have very good chances of seeing lions on safari in Kenya’s Masai Mara while leopards are much more elusive. Other unique cats you might spot on are wildcats, servals and caracals.

Among African dogs, the spotted hyena are very widespread across popular safari destinations as are African wild dogs. Black-backed and side-striped jackals and bat-eared foxes can be found in South Africa and Kenya, where you might also catch the spotted aardwolf. 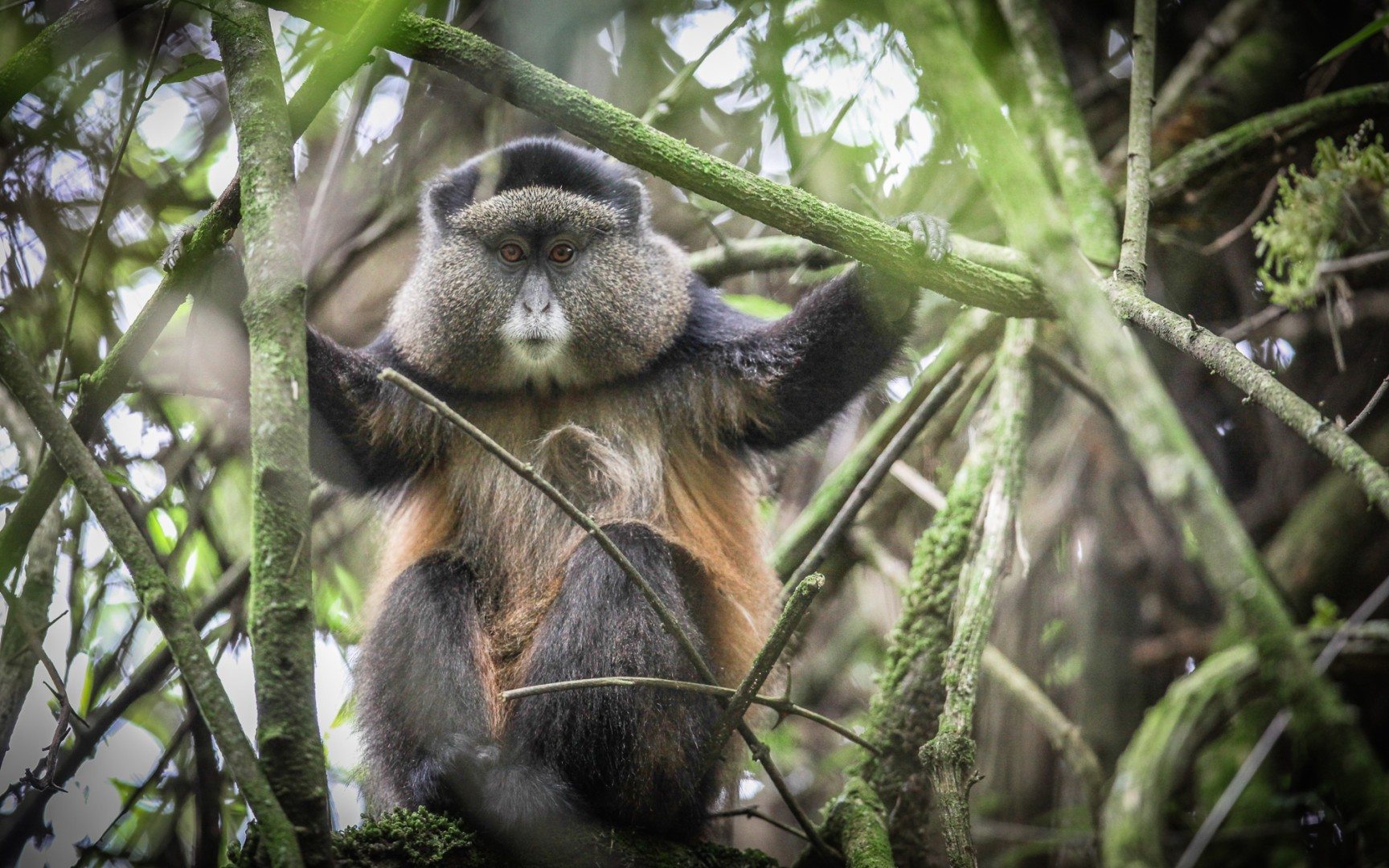 You don’t even have to go on an official “safari” to encounter different breeds of these cheeky animals while visiting Africa. Monkeys are likely to come snooping around your accommodation for food and baboons can be found on roadside lookouts near forests trying to acquire leftovers (or more) from motorists. Of specific interest, in Kenya you could see a variety of monkeys including blue, Syke’s, copper-tailed, red-tailed and vervet in addition to the olive baboon. If you would like to do a focused gorilla trekking safari, then there are good options in the mountains of Uganda and Rwanda.

Part of the fun of safari is also catching sight of smaller animals racing or poking up along your path. These could include the African hare, the Kenyan tree squirrel, the springhare, the Southern African crested porcupine, mongoose and the adorably odd looking warthog. 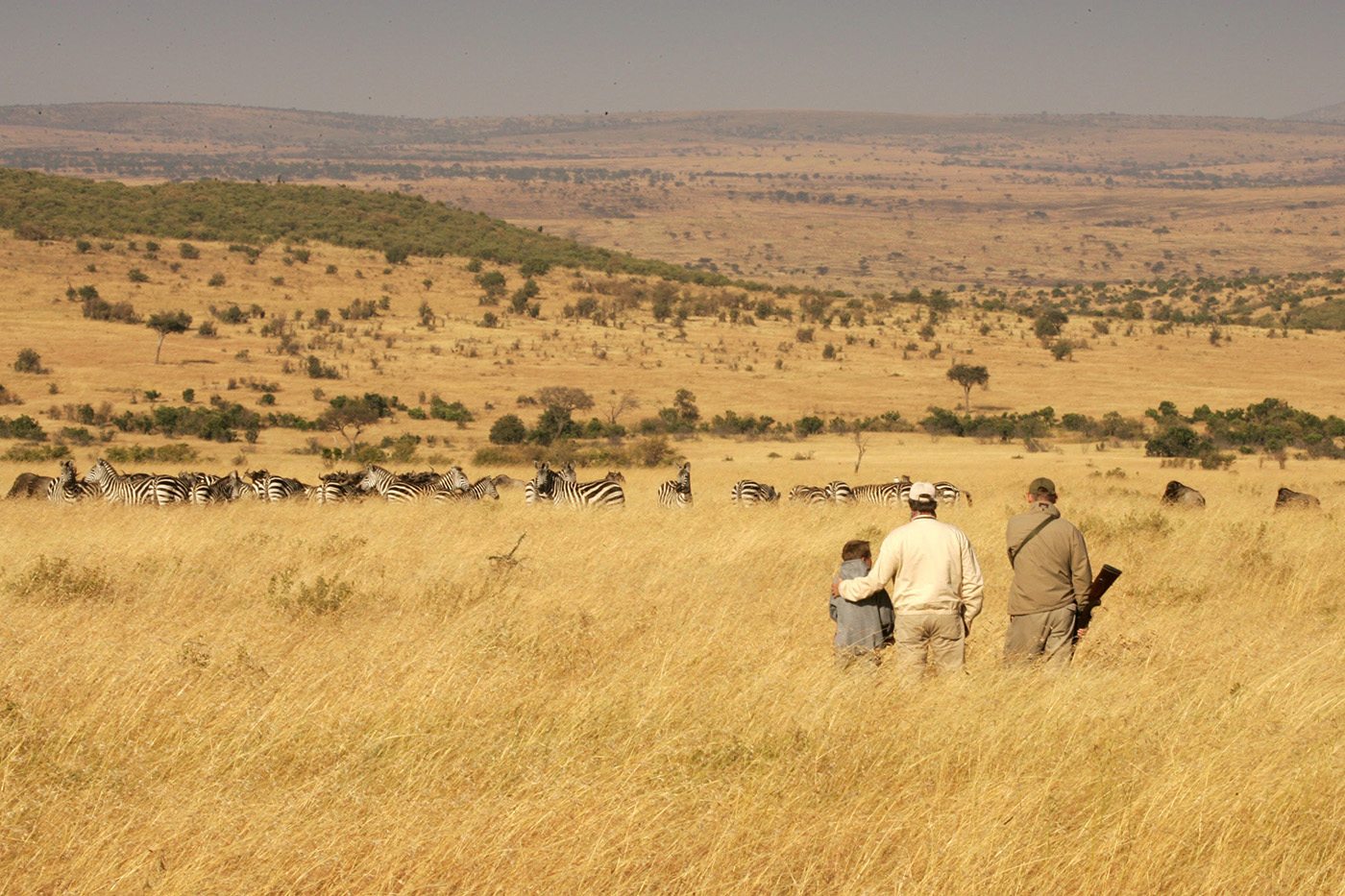 One of the best ways to truly experience the animals of Africa on safari is with the unique experiences offered by Cottar’s 1920s Safari Camp. Bordering the Maasai Mara National Reserve and only one kilometer from the Tanzania Serengeti game reserve, Cottar’s upholds five generations of safari traditions through their luxury camp, luxury bush villa and their excellent range of safari experiences, like their unique game walks. These are led by a professional guide of the camp who is accompanied by a licensed gun bearer. They give visitors the chance to observe the unique ecosystem from a closeup perspective. This provides a living textbook from which you can learn about botany and entomology in addition to how to interpret animal tracks and signs.

In addition to their luxury camp, Cottar’s has a gorgeous private Bush Villa. The 10,000 sq ft villa features a spacious, stylish living room, dining room, a large viewing deck, five en-suite bedrooms and a 25m infinity pool. Its guests enjoy their own private vehicles, guides, dinning and other activities.

Experience a safari holiday like no other in Kenya’s Masai Mara with Cottar’s here.