Our global luxury accommodation experts are immensely passionate and committed to their destinations. This is especially true regarding Volcanoes Safaris, our experts for Rwanda and Uganda. They currently have four eco-luxury lodges and arrange award-winning gorilla safaris, however, their philosophy goes far beyond average sustainable tourism. Constantly strengthening their relationship with local communities and striving to protect the ecosystems around their lodges, their latest initiative has recently been inaugurated at their Rwandan Virunga Lodge in the form of the Dian Fossey Map Room. 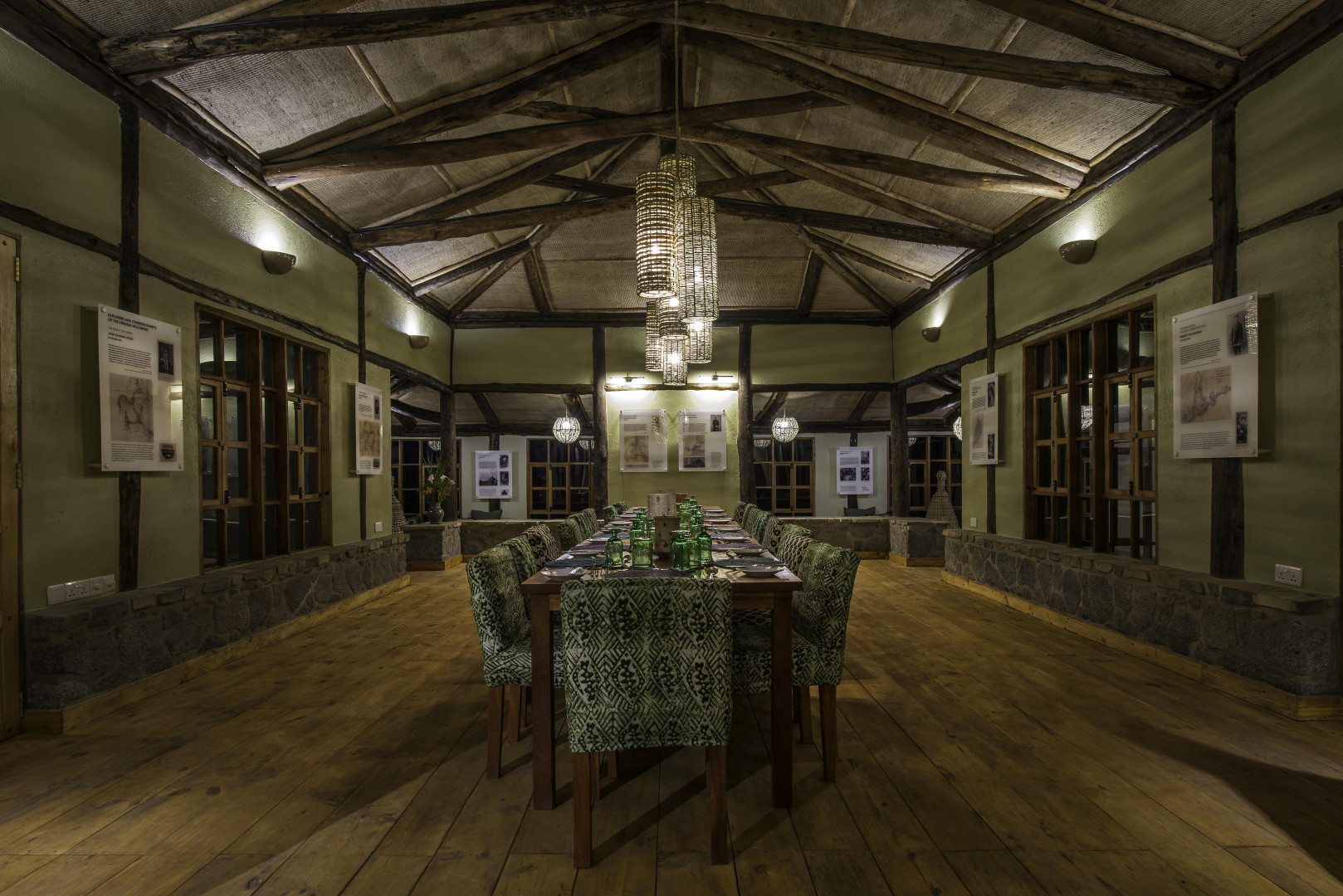 Opened on March 2nd, 2017, it commemorates the 30th anniversary of the death of Dian Fossey in 1985 as well as the 50th anniversary of the founding by Fossey in 1967 of Karisoke Research Centre, a research centre for mountain gorillas. Considered one of foremost primatologists in the world, Fossey dedicated over 20 years of her life to studying Africa’s endangered mountain gorillas until her tragic assassination in 1985. She founded her center in the Rwanda’s Virunga volcanic mountain range, between Mount Karisimbi and Mount Bisoke, the combination of both names turning into the name of “Karisoke.”

Fossey founded Karisoke stemming from her fears that the mountain gorilla could become extinct by the end of the 20th century, as her mentor, Dr. Louis Leakey, had warned. In the early 1980s, the gorilla population in Virunga mountains was thought to have decreased to 242. A 2010 census found some 480 mountain gorillas in the area, proof of the success of Fossey’s work and the dedication and determination of Karisoke following her death. 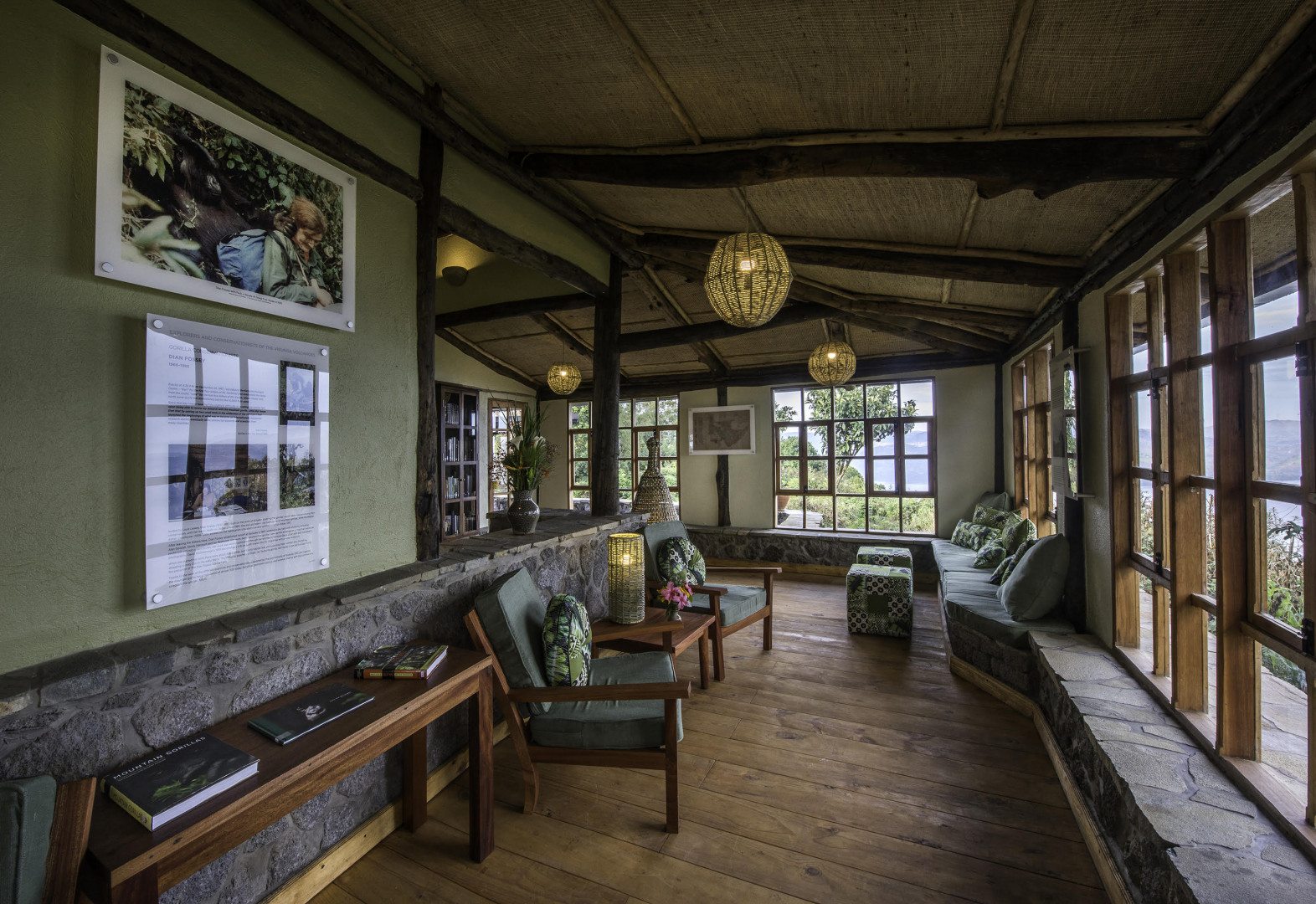 “Virunga Lodge has established itself as the leading luxury lodge for gorilla tracking in Rwanda,” says Praveen Moman, Founder of Volcanoes Safaris. “It is fitting that we pay tribute to the work of Dian Fossey and the other primatologists who have contributed to their survival. As pioneers of developing and promoting sustainable gorilla tourism for twenty years in the region, Volcanoes Safaris would like to share the unique contribution of Fossey through the Dian Fossey Map Room.” 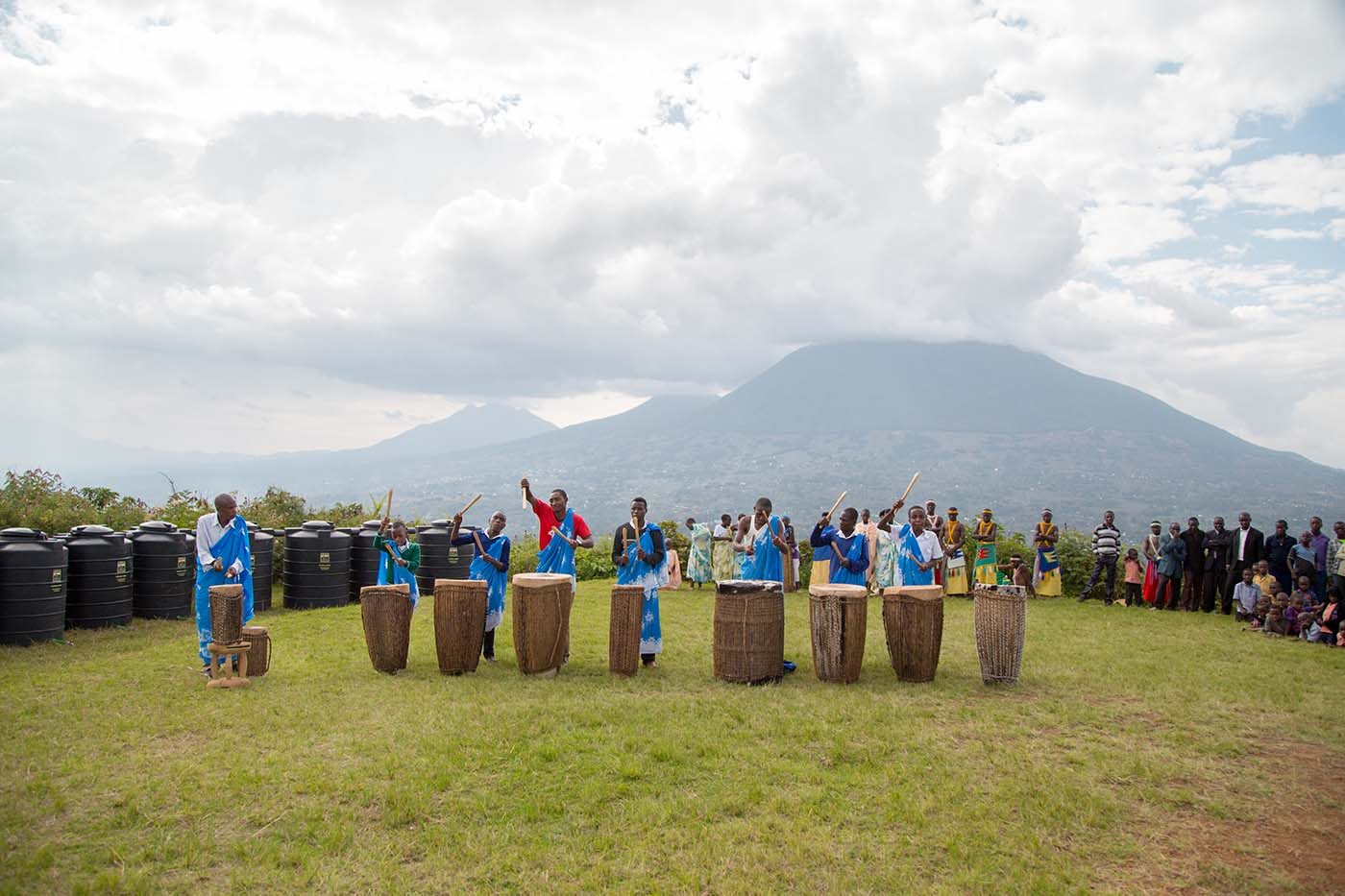 Conceived by Praveen Moman and brought to life by Kampala-based architect Felix Holland of Studio FH and the interior design by Maxine Silsby of Food & Stuff, the unique space is both an exhibition and interpretation centre and can also be used for meetings, cocktails, dinners and other special events. The Map Room is located about twenty meters from the main building of Virunga Lodge. It has stunning panoramic views of the volcanoes, the area where the Karisoke Research Centre was built between the Karisimbi and Visoke volcanoes and the magical Lake Bulera and Lake Ruhondo.

An exhibition entitled, “Explorers and Conservationists of the Virunga Volcanoes,” was unveiled on March 2nd in the presence of Government of Rwanda officials, Tara Stoinski, the CEO of the Dian Fossey Gorilla Fund, Felix Ndagijimana, the current Director of the Karisoke Center and other distinguished guests.

Laureate of a number of awards, Virunga Lodge is ideally located for tracking the endangered mountain gorillas. Guest accommodation is in the form of 10 organic, ‘bush-chic’ luxury “bandas, reflecting the local building style, each with their own terrace overlooking the majestic volcanoes.